Graveyard Poets for Friday the 13th 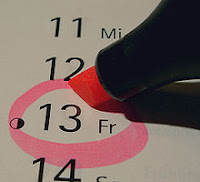 2012 ushered in not only a new year – but also a year full of Friday the 13th’s – three in all, the most any year can have!  So what better time to take a look at the Graveyard Poets and their fascination with death and melancholy than on a day filled with mystery and dread? 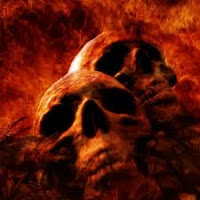 The Graveyard Poets were a group of over a dozen Neo-classical poets who wrote from the 1740’s to 1790’s.  These writers dwelled on mortality, religion and death, writing about coffins, skulls, the solitude of death, bereavement, and man’s ‘despair of the human condition,’ hoping to evoke feelings of fear and horror.  Sixteen poets fit this mournful, melancholy description; their poems were laments for the dead.  The Graveyard Poets created a form of poetry that became the predecessor to the Gothic and Romanticism genres; hence they are sometimes called the ‘pre-Romantics.’

Most graveyard poems are similar to two styles of poems, an ode – a lyrical poem dedicated to someone or something, and an English Ballad, which is sung.  They are descriptive, especially concerning the physical horrors of death and the ache of bereavement.

The most well known of the Graveyard poets was Thomas Gray who wrote “Elegy Written in a Country Churchyard.”   Gray wrote the poem in 1750 after the death of a family member and the near death of a friend.  The combination of events caused him to begin an introspective study of mortality. Made up of 128 rhyming lines, the poem begins with the writer noticing the rich details in the churchyard around him and ends with him contemplating his own death, complete with epitaph.

Another well-known Graveyard Poet was Scottish writer Robert Blair. His poem “The Grave” consists of 767 lines of blank verse, dealing with death and the graveyard.


Edward Young’s nine-volume poem “The Complaint, or Night Thoughts on Life, Death and Immortality,” became immensely popular and was transcribed into several languages.

All of the Graveyard Poets were able to catch the public’s attention through thoughtful, albeit morbid prose that made each person take a closer look at life - and possibly appreciate the inevitability of death.

"ELEGY WRITTEN IN
A COUNTRY CHURCH-YARD" 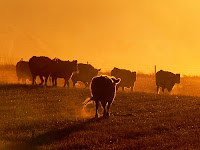 The curfew tolls the knell of parting day,
The lowing herd winds slowly o'er the lea,
The ploughman homeward plods his weary way,
And leaves the world to darkness and to me.

Now fades the glimmering landscape on the sight,
And all the air a solemn stillness holds,
Save where the beetle wheels his droning flight,
And drowsy tinklings lull the distant folds: 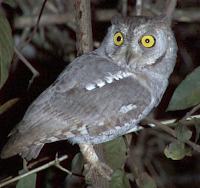 Save that from yonder ivy-mantled tower
The moping owl does to the moon complain
Of such as, wandering near her secret bower,
Molest her ancient solitary reign.

Beneath those rugged elms, that yew-tree's shade,
Where heaves the turf in many a mouldering heap,
Each in his narrow cell for ever laid,
The rude Forefathers of the hamlet sleep.

The breezy call of incense-breathing morn,
The swallow twittering from the straw-built shed,
The cock's shrill clarion, or the echoing horn,
No more shall rouse them from their lowly bed. For them no more the blazing hearth shall burn,
Or busy housewife ply her evening care:
No children run to lisp their sire's return,
Or climb his knees the envied kiss to share,

Oft did the harvest to their sickle yield,
Their furrow oft the stubborn glebe has broke;
How jocund did they drive their team afield!
How bow'd the woods beneath their sturdy stroke!

Let not Ambition mock their useful toil,
Their homely joys, and destiny obscure;
Nor Grandeur hear with a disdainful smile
The short and simple annals of the Poor.

The boast of heraldry, the pomp of power,
And all that beauty, all that wealth e'er gave,
Awaits alike th' inevitable hour:- 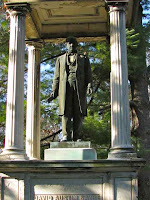 The paths of glory lead but to the grave.

Nor you, ye Proud, impute to these the fault
If Memory o'er their tomb no trophies raise,
Where through the long-drawn aisle and fretted vault
The pealing anthem swells the note of praise.

Can storied urn or animated bust
Back to its mansion call the fleeting breath?
Can Honour's voice provoke the silent dust,
Or Flattery soothe the dull cold ear of Death?

Perhaps in this neglected spot is laid

Some heart once pregnant with celestial fire;
Hands, that the rod of empire might have sway'd,
Or waked to ecstasy the living lyre:

But Knowledge to their eyes her ample page,
Rich with the spoils of time, did ne'er unroll;
Chill Penury repress'd their noble rage,
And froze the genial current of the soul.

Full many a gem of purest ray serene
The dark unfathom'd caves of ocean bear:
Full many a flower is born to blush unseen,
And waste its sweetness on the desert air.

Some village-Hampden, that with dauntless breast
The little tyrant of his fields withstood,
Some mute inglorious Milton here may rest,
Some Cromwell, guiltless of his country's blood.

Th' applause of list'ning senates to command,
The threats of pain and ruin to despise,
To scatter plenty o'er a smiling land,
And read their history in a nation's eyes, 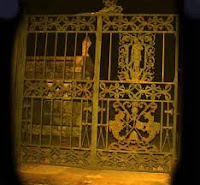 Their lot forbad: nor circumscribed alone
Their growing virtues, but their crimes confined;
Forbad to wade through slaughter to a throne,
And shut the gates of mercy on mankind,

The struggling pangs of conscious truth to hide,
To quench the blushes of ingenuous shame,
Or heap the shrine of Luxury and Pride
With incense kindled at the Muse's flame.

Far from the madding crowd's ignoble strife,
Their sober wishes never learn'd to stray;
Along the cool sequester'd vale of life
They kept the noiseless tenour of their way.

Yet e'en these bones from insult to protect
Some frail memorial still erected nigh,
With uncouth rhymes and shapeless sculpture deck'd,
Implores the passing tribute of a sigh.

Their name, their years, spelt by th' unletter'd Muse,
The place of fame and elegy supply:
And many a holy text around she strews,
That teach the rustic moralist to die.

For who, to dumb forgetfulness a prey,
This pleasing anxious being e'er resign'd,
Left the warm precincts of the cheerful day,
Nor cast one longing lingering look behind?

On some fond breast the parting soul relies,
Some pious drops the closing eye requires;
E'en from the tomb the voice of Nature cries,
E'en in our ashes live their wonted fires.

For thee, who, mindful of th' unhonour'd dead,
Dost in these lines their artless tale relate;
If chance, by lonely contemplation led, 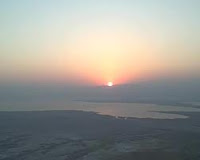 Some kindred spirit shall inquire thy fate, --

Haply some hoary-headed swain may say,
Oft have we seen him at the peep of dawn
Brushing with hasty steps the dews away,
To meet the sun upon the upland lawn;

'There at the foot of yonder nodding beech
That wreathes its old fantastic roots so high.
His listless length at noontide would he stretch,
And pore upon the brook that babbles by.

'Hard by yon wood, now smiling as in scorn,
Muttering his wayward fancies he would rove;
Now drooping, woeful wan, like one forlorn,
Or crazed with care, or cross'd in hopeless love.

'One morn I miss'd him on the custom'd hill,
Along the heath, and near his favourite tree;
Another came; nor yet beside the rill,
Nor up the lawn, nor at the wood was he;

'The next with dirges due in sad array
Slow through the church-way path we saw him borne,-
Approach and read (for thou canst read) the lay
Graved on the stone beneath yon aged thorn.' 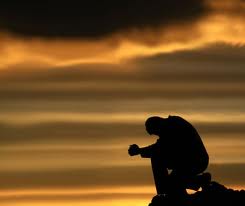 Here rests his head upon the lap of Earth A youth to Fortune and to Fame unknown. Fair Science frowned not on his humble birth, And Melacholy marked him for her own.  Large was his bounty, and his soul sincere, Heaven did a recompense as largely send: He gave to Misery all he had, a tear, He gained from Heaven ('twas all he wish'd) a friend.  No farther seek his merits to disclose, Or draw his frailties from their dread abode (There they alike in trembling hope repose), The bosom of his Father and his God.