Bellevue Cemetery was founded in 1847 as the Danville Cemetery. Robert Montgomery and William Speed purchased the first four acres from the Philip Yeiser farm.  The cemetery now consists of 29 acres near the historic district of downtown Danville, Kentucky

Designed as a Victorian Lawn Park style cemetery, Bellevue is made up of tree-lined paths and pastoral vistas. Upon entering the cemetery from North First Street, an allee of red oaks acts as a divide between the eastern and western sections of the cemetery. 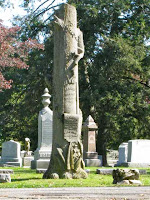 The eastern section of the cemetery contains newer graves; the western section is where you will find the older monuments and statues.  This is the section that still maintains the look of the Lawn Park cemetery from the 19th century. 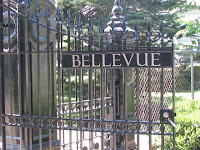 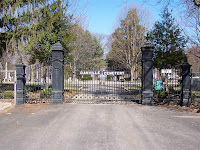 The Danville Cemetery had a name change in 1897 and became Bellevue Cemetery The City of Danville took over management of the cemetery in 1931.

Although not buried in the cemetery, Danville doctor, Ephraim McDowell has family buried here.  McDowell is buried at McDowell Park in the center of town, near the Old First Presbyterian Church.

McDowell was a doctor and world renowned surgical pioneer.  On Christmas Day, 1809, he performed the first ovarian surgery on Jane Todd Crawford, a Kentucky resident.  An ovarian tumor weighing over twenty pounds had to be cut into several pieces to be lifted out.  Crawford was awake for the procedure, since anesthetic was not yet invented.  Jane Crawford survived the operation and went on to live another 33 years.  She died at the age of 79.  McDowell became famous as the pioneer of abdominal surgical techniques. He performed the same operation on two more women.  He published his report “Three Cases of Extirpation of Diseased Ovaria” in 1817.  Ephraim McDowell died in 1830. 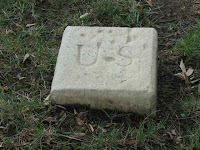 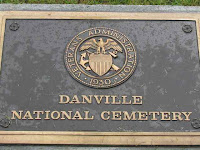 Bellevue is also the site of a National Cemetery.  At the start of the Civil War, the federal government set aside 18 cemetery lots in the Danville City Cemetery.  Made up of less than half an acre, the section was laid out in a rectangle with all four corners marked with U.S. corner posts. 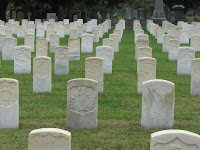 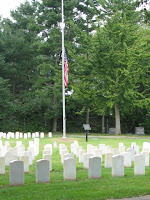 Bellevue Cemetery does not have a web page, Facebook page or Twitter account.  For information about the cemetery, contact Josh Morgan, Assistant City Engineer at (859) 238-1206.  The cemetery is located at 377 North First Street in Danville, and is open daily from dawn to dusk. 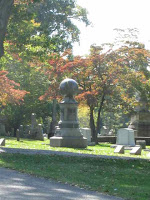 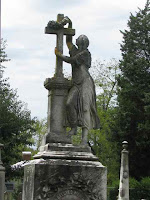 Although finding information on Bellevue Cemetery is somewhat difficult, the cemetery itself is a treasure.  Plan on spending an afternoon wandering among the older stones and mature trees of this gorgeous old Civil War era cemetery.  The statues and stones are outstanding!