How Do We Dispose of Murderers Remains

The news, this week, seemed to be about the controversy of what to do with the body of Boston Marathon bomber, Tamerlan Tsarnaev. 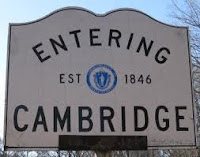 On Monday authorities in Cambridge, Massachusetts, where Tsarnaev spent his teen years while in the U.S., issued a statement that the city did not want him to be buried there.

A statement issued by Cambridge City Manager Robert Healy read, "I have determined that it is not in the interest of 'peace within the city' to execute a cemetery deed for a plot within the Cambridge Cemetery for the body of Tamerlan Tsarnaev."

His widow, Katherine Russell Tsarnaev, indicated she wanted her husband’s body released to his family.  Those family members have claimed it and prepared it for a Muslim interment but cannot find a cemetery that will accept it for burial.

Protesters and picketers marched in Cambridge and Boston, opposing any plans to bury the marathon bomber in their communities.  In fact, the entire state of Massachusetts made it clear they do not want the body buried there.

Governor Deval Patrick declined to intervene.  The State Department also refused to get involved and recommended that the Russian Consulate take the lead. But Russian officials did not respond, and now cemeteries across the U.S. are also refusing the burial.

Officials are now facing the question of what to do when no one wants the body?

But why is there this problem about disposing of the remains of a terrorists/murderer?  We, as a country, have buried many killers, murderers, presidential assassins, and yes,  “domestic terrorists” throughout our history.

According to crime officials, the family of murderers and assassins want to keep the funeral arrangements private, fearing media attention, public protests, and defacing of the grave. 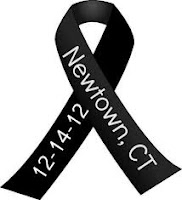 His father claimed the body and ‘private arrangements’ were held.  In other words, the family did not want it known if the killer was buried or cremated, nor the location of a possible interment. The funeral home that handled the body requested to remain anonymous.

On April 19, 1995, Timothy McVeigh detonated a truck bomb in front of the Alfred P. Murrah Federal Building in Oklahoma City killing 168 people and injuring over 800. McVeigh became the first to be called an American terrorist.

McVeigh, a veteran, was executed in 2001 at the Federal Correctional Complex in Terre Haute, Indiana. Thanks to legislation introduced by Senator Arlen Specter and signed by President Bill Clinton, any veteran convicted of capital crimes cannot be buried in any military cemetery.

McVeigh was therefore cremated by a Terre Haute funeral home, and the ashes given to his attorney who scattered them at an undisclosed location.

On April 20, 1999 two high school seniors, Dylan Klebold and Eric Harris, went on a shooting spree at Columbine High School in Littleton, Colorado.  Within twenty minutes, the pair had killed 12 students and one teacher.  Another two-dozen students were wounded.  Klebold and Harris committed suicide.

The bodies were returned to their families.  Klebold’s family had him cremated – fearing that burying him in a public cemetery would lead to desecration to his grave.  Harris’s family will not say if or where he was buried.


In 1994, mass murderer Jeffrey Dahmer was beaten to death by another inmate, while serving a life sentence at the Columbia Correctional Institution in Portage, Wisconsin, for murdering 16 men and boys.

Dahmer’s divorced parents decided to have him cremated and then divided the ashes between them. It is unknown if either parent buried them.


In 1991, mass murderer Richard Speck died of a heart attack while incarcerated at the Stateville Correctional Center in Joliet, Illinois.  Speck murdered eight student nurses in Chicago in 1966. 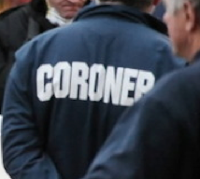 After his death, no one claimed his body fearing reprisal and desecration of the grave.  Speck was cremated and the ashes scattered in a location only known to the Will County Corner and three others who witnessed it.

Ted Bundy murdered an unknown number of women and girls during the 1970’s.  He confessed to more than 30 killings in seven states.

Bundy was executed in 1989.  His body was taken to a funeral home in Gainesville, Florida where it was cremated.  Bundy had requested his ashes be scattered over the Cascade Mountains in Washington State – the same location as where at least four of his victims had been found.  Reports indicate that his ashes were scattered at an undisclosed location in accordance with his will.

He was buried at Rose Hill Memorial Cemetery in Fort Worth, Texas.
The body was exhumed in 1981 to verify that it was Oswald and then reinterred shortly afterwards.

Adolf Hitler, the Nazi dictator responsible for the Holocaust and millions of deaths during World War II, committed suicide on April 30, 1945 when Soviet forces were closing in on him.

According to Hitler’s instructions, his body was doused in fuel and set on fire outside his bunker.  Two days later, the Soviet’s recovered what was left of the body. They then buried and exhumed it several times, as a way to take it with them as they made their way from Berlin to Magdeburg. The remains were finally buried in a courtyard at the SMERSH counter-intelligence facility in Magdeburg in 1946.

But in 1970, the KGB exhumed the remains and had them cremated and pulverized before throwing them into the Biederitz River.  (Another report says the ashes were flushed into the city sewage system.)

John Wilkes Booth, the assassin of President Abraham Lincoln, also had a hard time staying buried.  Booth was buried in a storage room at the Old Penitentiary in Washington, D.C. after he was killed by Union soldiers.

But two years later the body was moved to a warehouse at the Washington Arsenal.  In 1869, the remains were finally released to his family who buried him in the family plot at Green Mount Cemetery in Baltimore.

Tsarnaev’s body was finally claimed by his family in the U.S.  and released to a local funeral home earlier this week. But so far, no cemetery in the country has agreed to allow the burial. If a location is not found soon, we may need to act as Tsarnaev’s home country would. 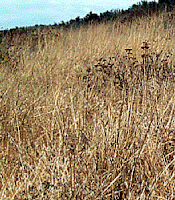 According to Russian law, terrorists killed by government forces should be buried in an undisclosed location and forgotten.  Not even the family is notified where the grave is.

05/10/13 3 P.M. Update:
The body of Tsarnaev has been buried in a  Muslim cemetery in Caroline County, Virginia.  Officials have released a statement indicating that the county was not consulted before the burial and did not provide permission.  However, it is not standard practice for a county, or town, to be consulted before a burial.
Posted by Joy Neighbors at 5:00 AM