Tomorrow, August 29th, is #Cabernet Day and that’s reason enough for me to pop open a bold Cabernet Sauvignon and toast to the day. 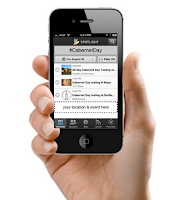 Started by Rick Bakas in 2010, #Cabernet Day has been held as a collaboration through social media. http://cabernetday2013-eorg.eventbrite.com  This is actually a global event now, to be celebrated around the world with a raised glass, or bottle, of your favorite Cabernet (Franc, Sauvignon or blend.)


But why toast to the glories of Cabernet? Cabernet Sauvignon is one of the most recognized grapes in the world. It is grown throughout Europe, America, and Canada.

During the 17th Century an accidental crossing of Cabernet Franc and Sauvignon Blanc resulted in the Cabernet Sauvignon grape.  The grape became very popular in Bordeaux in the 18th Century and continues to be today. The vines are hardy and resistant to disease and cold temperatures, which makes them easier to grow, and they are abundant producers.

In France, the majority of the country’s Cabernet grapes come from the Left Bank in the Bordeaux region. (The Right Bank tends to lean toward Merlots.)

Cabernet Sauvignon can be crafted into a wine that cellars well. Mature Cabernets can demand a high price and they are the stars of the wine auctions. It is not unusual for more mature California Cabs to command $300 to $800 a bottle.

If you’re looking for mature California Cabernets at better than expected prices, check out Sotheby’s http://www.sothebys.com and Christie’s http://www.christies.com auction houses in New York and Chicago where these bottles can range from 65% to 85% of the prices the same wines go for in San Francisco at Bonhams & Butterfields http://www.bonhams.com. But one word of caution, know your vintages for the best deals.

And speaking of the high prices, Screaming Eagle http://www.screamingeagle.com
commands first place as the most expensive California Cabernet with an average selling price of $2,500 a bottle. The reason it can command such a price? When it was first released in 1992, Robert Parker gave it 99 points and Wine Spectator gave it 96 points. It’s now a prestigious bottle for the wealthy to name-drop that they have cellared.

However, Penfolds of Australia http://www.penfolds.com holds the title for the world’s most expensive wine, which just happens to be a Cabernet. Last year Penfolds offered 12 handmade ampoules of their 2004 Block 42 Cab for $168,000 each. Why the price? According to Penfolds:

"2004 Block 42 is a rare, single-vineyard wine, only released in stellar vintages and produced from the oldest continuously producing Cabernet Sauvignon vines in the world."

But there's even more bang for the buck(s). You can't open the bottle, only a Penfolds winemaker can. (Watch the video @ http://www.penfolds.com/en/news-events/ampoule-project.aspx)

"When the decision is made to open the ampoule a senior member of the Penfolds Winemaking team will personally attend a special opening ceremony for the owner. The winemaker will travel to the destination of choice, where the ampoule will be ceremoniously removed from its glass plumb-bob casing and opened using a specially designed, tungsten-tipped, sterling silver scribe-snap. The winemaker will then prepare the wine using a beautifully crafted sterling silver tastevin." 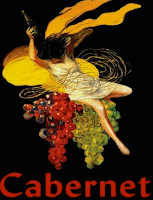 But for today, any Cabernet will do. So pour a glass and savor those intense flavors of berries, tobacco, leather and lead pencil. After all, any time we can celebrate with a Cabernet is a good time, indeed.