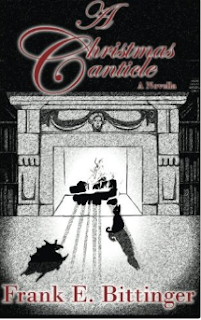 For those of us who love a good ghost story, no matter what time of year it is, Frank E. Bittinger provides a fun holiday read with A Christmas Canticle.

Channeling Charles Dickens' novella A Christmas Carol for inspiration, Bittinger gives us his version of Ebenezer Scrooge - Bronson Ghostley, a demanding gothic horror author, paranormal television star, and all-around media personality who has no time for sentiment or holidays.

This twist on the familiar holiday tale has been up-dated to the 21st century complete with cell phones, DVDs and the internet. Although the story is predictable as to the purpose of the visiting spirits (And how could it not be?), Bittinger leads us along with enough interesting details that we accept Ghostley as a modern-day Scrooge. 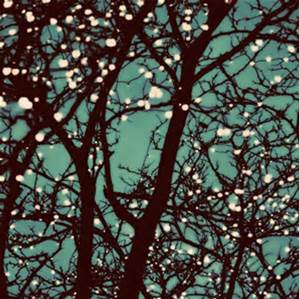 His spin on Marley’s ghost is unique and interesting, especially when you begin to understand the backstory of Ghostley’s childhood. The Ghost of Christmas Past has a unique vision, offering Ghostley “two sides of the same coin.” The Spirit of Christmas Present provides more illumination into what makes Ghostley tick, reminding him, and us, that “even when we can see, sometimes we are still blind.”

The final spirit, the dreaded Ghost of Christmas Yet To Come, is a “real bite in the ass” according to Ghostley. But the death coach that propels Ghostley into the future does seem pretty cool!

All in all, A Christmas Canticle is an enjoyable holiday read offering a message that transcends religious ideology and simply asks that we treat our fellow man, woman, and the animals, with respect and caring.

[The Youngblood’s 1960s song Get Together kept running through my mind as the perfect soundtrack for this book:

Bittinger originally wrote his book as a Kindle exclusive to raise money for animals in need.  Now available in paperback, a portion of the royalties from A Christmas Canticle are used to assist in rescuing and caring for animals that have been abused and neglected. So go ahead, order the book and enjoy the guilty pleasure of reading a rejuvenated Christmas novella by the fire knowing that you're helping to save lives, too.

A Happy Christmas to all, and to all a good read! 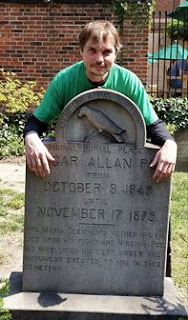 Over the centuries, Frank Bittinger has experienced many existences. In this incarnation, Mr. Bittinger is a vegan who lives and writes in Western Maryland, sharing his home with a menagerie of pets, several alternate personalities, and the occasional ghost. One of his favorite pastimes is taking walks in old cemeteries in the evening. Ancient Egypt holds a fascination for him; he has a scarab beetle tattoo between his shoulder blades as well as a collection of Egyptian items and books in his deep, dark red bedroom. Learn more about the author at his web site: http://www.frankebittinger.com 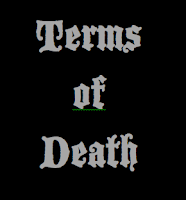 We’ve all heard them - in fact, we’ve probably used them – those sometimes obscure references to death. The terms may be considered euphemistic, polite, even rather humorous slang, but they all indicate one thing - you’re “pushing up daisies.”

He came to a sticky end
This British phrase indicates that someone died in a rather unpleasant manner.

She’s as dead as a dodo
This was a popular phrase in the late 19th and early 20th centuries. Dodos were a type of flightless bird that became extinct in the 17th century, so the saying indicates that someone is also “extinct” or gone.

He bit the big one
This expression is U.S. slang for having died: very popular in the 1970s.

She’s gone to that big ranch in the sky
The location of where the deceased went, in this case the “big ranch,” usually correlates with a place he or she visited in life.

He’s gone down to Davy Jones’ locker
Seamen used this phrase to indicate a sailor who drowned at sea, or a ship that went down in the ocean.

She’s as dead as a doornail
Although the phrase dates back to at least the 14th century, Charles Dickens gets the main credit because it is the narrator in A Christmas Carol who says, “Old Marley was as dead as a door-nail.” A doornail that has been bent is said to be “dead” – not usable. The expression indicates something, or someone, who is no longer of service.

He kicked the bucket
Believed to have come into use during the Middle Ages, this phrase was used when someone was hanged, and the bucket or stool on which they stood was moved, or kicked away.

She’s met her maker
A euphemistic expression indicating that the deceased has gone to meet God.

She’s pushing up daisies
Popular in the early 20th century, this expression was better known in the 1800's as “turning up one’s toes.” Regardless of the phrasing, it still meant someone was "dead and buried."

Now it’s time to “give up the ghost,” (which can mean ‘to die’, but it can also mean ‘to stop working’) and enjoy the weekend!
~ Joy
Posted by Joy Neighbors at 5:30 AM No comments: