Cemetery staff are known for being innovative; putting ideas out there to entice the community to spend time in one of the most historical and cultural places in the area, and one great idea I’ve always appreciated is “adopt-a-plot.”

The concept is brilliant: get the community involved in helping revitalize the cemetery, one plot at a time. Involvement usually requires a one or two year period of time where you agree to care for an assigned plot (or plots) according to cemetery guidelines. 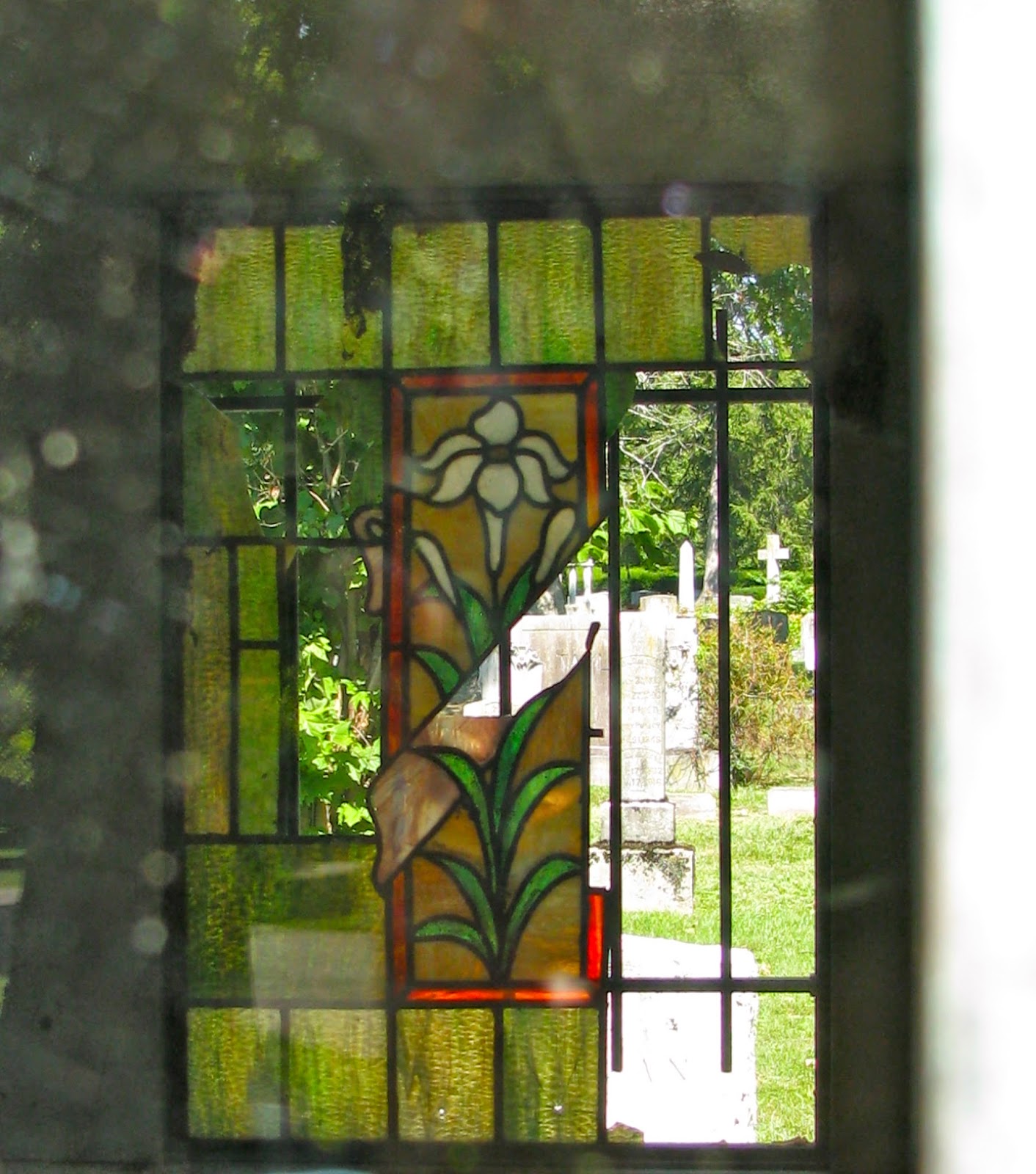 The work usually involves light maintenance such as clearing weeds, raking leaves, picking up sticks, tidying graves, maybe mowing and edging, and letting management know if a stone has been damaged, or gone missing. Many times, volunteers will take on several plots at once, maybe working on family plots or those that bear a family surname. Some volunteers request plots that have a special significance like the graves of pioneers, or graves from the 1950s. The main criterion is that volunteers be diligent and dependable. 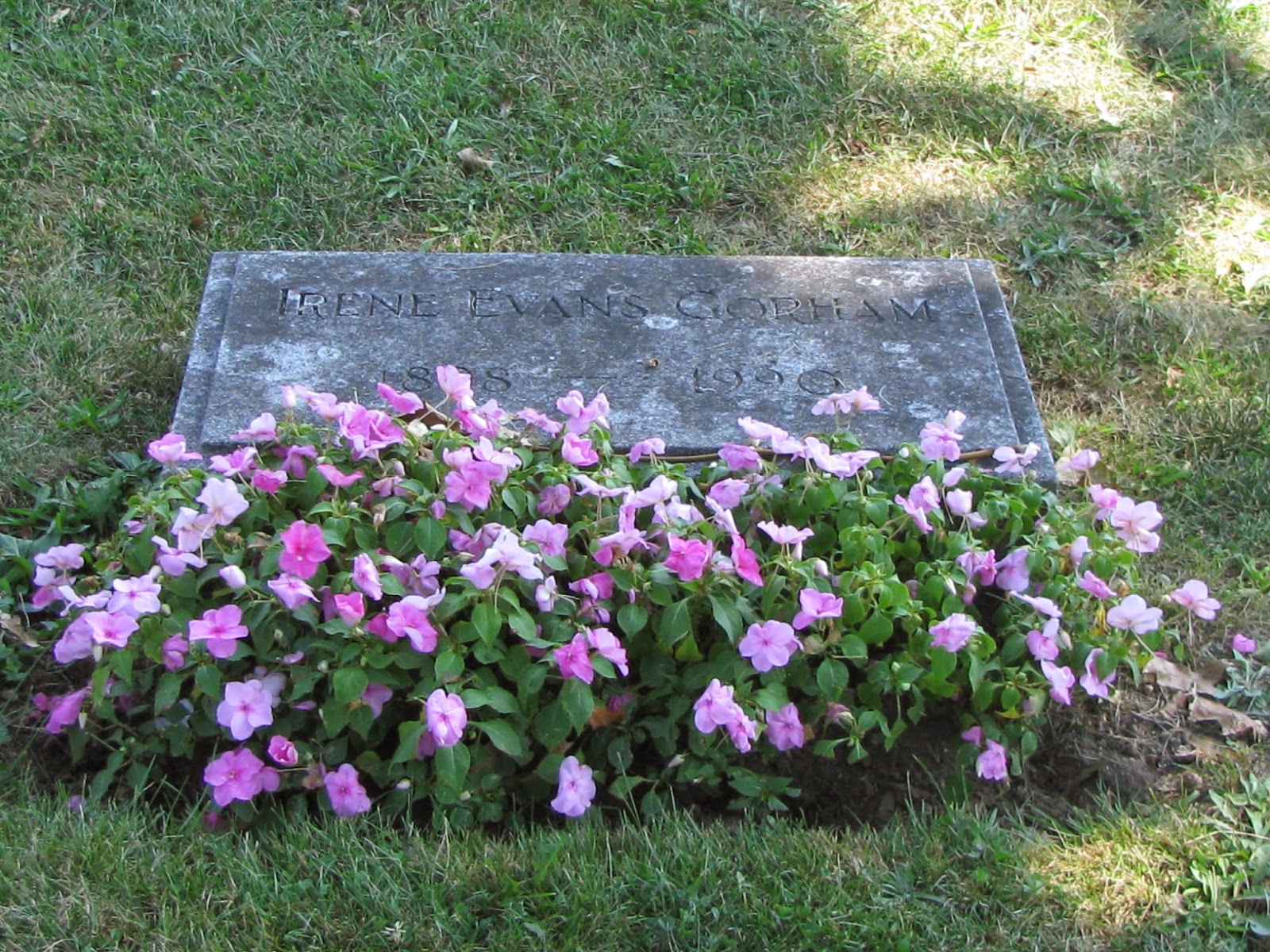 And when someone adopts a plot to care for, this could lead to more community and historical endeavors. Maybe it will spur someone’s interest in tracing their genealogy; learning more about cemetery preservation; researching the community founders and putting together a book, a tour, or a historical webpage on their findings. The possibilities are exciting and endless. 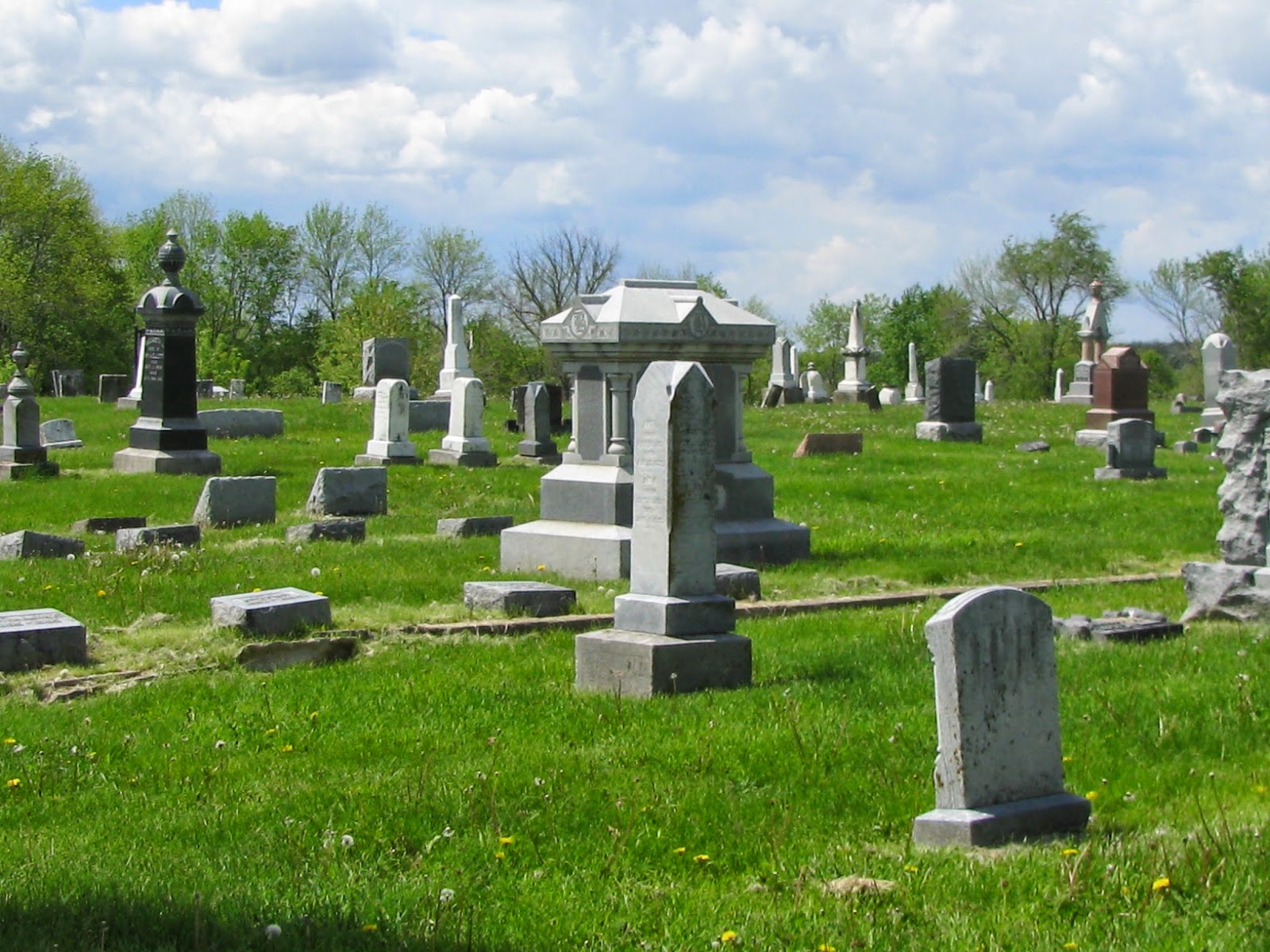 What a great way to help preserve local history, learn more about your community and help ensure that our dead are respected and not forgotten. 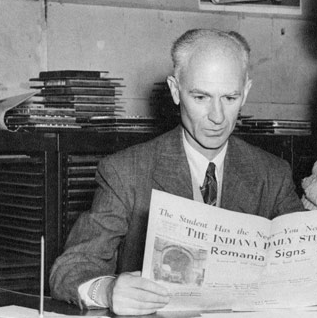 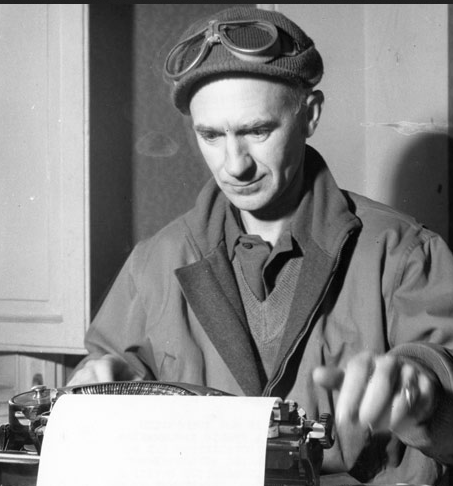 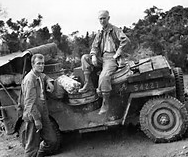 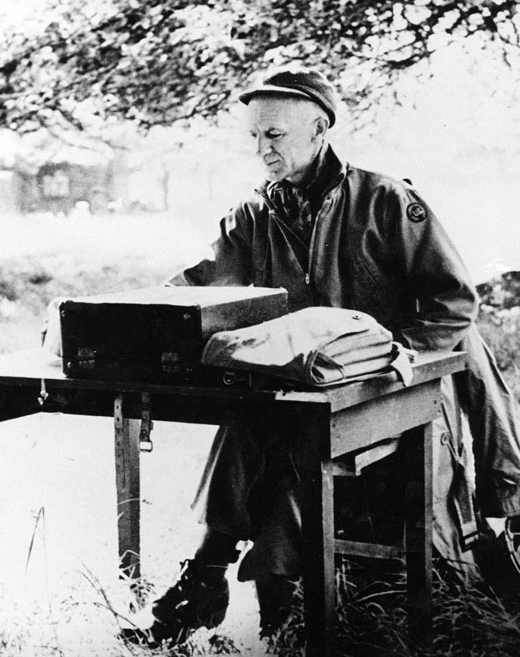 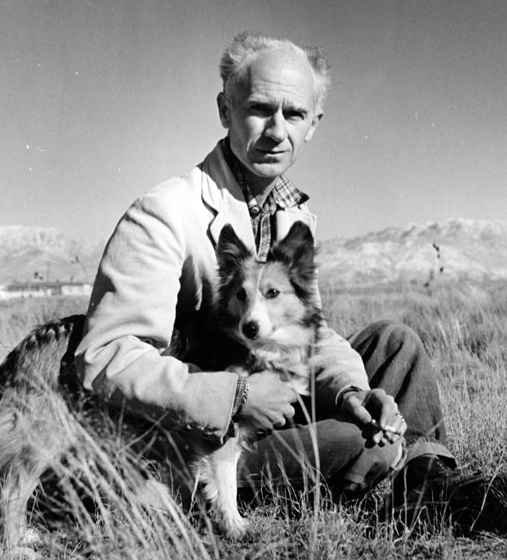 He was a comedian for the times: a man whose sense of humor was considered by some to be out-of-bounds, harsh and politically incorrect.  For others, Sam Kinison was known as the “Wild Thing of Comedy" with a worldwide reputation as a party animal.

Samuel Burl Kinison was born on December 8, 1953 to Samuel E. and Marie Kinison and grew up in Peoria, Illinois.  Kinison’s father was a Pentecostal minister who continually moved from church to church. Sam was the youngest of four brothers, all who followed in their father’s footsteps and became Pentecostal preachers.

Kinison began his fire and brimstone style of preaching when he was 17 and continued until he was 24. It took a divorce to make him realize that he was not cut out for the ministry, but would be much happier as a stand up comedian. He took to the stage in Houston, Texas and then moved on to L.A. where he developed a cocaine habit that would plague him most of his life.


In the summer of 1985, Kinison got his big break on HBO’s Rodney Dangerfield’s Ninth Annual Young Comedians Special.  His irreverent style and screaming outbursts on religion, relationships and drugs was always punctuated with his primal scream. Kinison’s brand of comedy was more intense and in-your-face than most comedians were willing to go, but Sam didn’t appear to care if the audience liked him or not, which is why audience’s loved him. 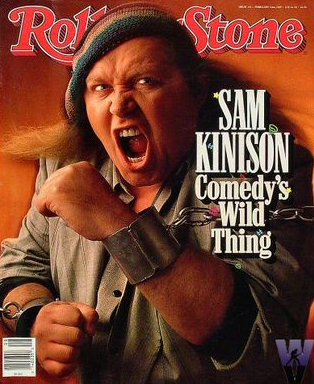 Kinison had appeared in several films, television specials, and MTV videos, and had been a guest on “Late Night with David Letterman” and a host for “Saturday Night Live.” He also appeared on the cover of Rolling Stone Magazine.

Kinison was married three times; the third marriage had taken place just six days before his death. Most of his stand up material about relationships came from the ups and downs of his first two marriages. Kinison had just reached the peak of his celebrity when his life was cut short.

On April 10, 1992, Kinison and his new wife, Milika Sourir, were headed from California to Laughlin, Nevada where he was scheduled to perform at a sold-out show. Kinison was driving on U.S. Route 95 when his 1989 Trans Am was struck head-on by a pick-up driven by 17-year-old Troy Pierson, who reportedly had been drinking. 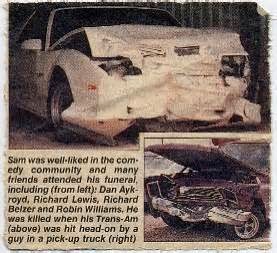 Kinison died within moments of the collision. According to his brother, Bill who was following behind Kinison’s car with a van-load of equipment, Sam didn’t appear to be seriously hurt: he was able to get out of the car and lie down on the pavement. Then in what appeared to bystanders as a conversation with someone, Sam began asking, "Why now? I don't want to die. Why?"  After a few seconds Kinison was heard to reply, “Okay, okay, okay …” He died moments later.

Sam Kinison was 38 years old. He is buried at Memorial Park Cemetery in Tulsa, Oklahoma. On his grave marker is the inscription, "In another time and place he would have been called prophet."

Most photos from the web site: SamKinison.org
Posted by Joy Neighbors at 5:00 AM No comments:

A Library in the Cemetery


Cemeteries are inspiring places, full of history and culture, but there’s one near Krems, Austria that also offers knowledge, in the form of books.

The Jüdischer Friedhof Krems  - the Krems Jewish Cemetery - was founded in 1853 among the local vineyards. During WWII, the cemetery came close to being obliterated by the Nazis. Today, it has been restored and is home to The Open Public Library - a library consisting of three bookshelves, where books may be borrowed or added to for others to read.

The idea of a library as a memorial came from artists Michael Cleg and Martin Guttmann in 2004. They wanted a way to memorialize over 100 local Jews who were killed or exiled from Krems during the war.  The men said that the library was a way for the community to remember those who were lost and also a way to make the cemetery more inviting to the public.

In 1995, the cemetery was finally restored. Near the three bookshelves stands a 140-foot metal ribbon on which 129 names are inscribed, these are the Jews that were killed or exiled from Krems.

Knowledge: what a fitting tribute to those who were persecuted by the Third Reich.