You’ve probably heard the cliques’: what goes around comes around; everything old is new again …  While these sayings may have more than a bit of truth about them, it “ain’t necessarily so” in the funeral industry where non-traditional is catching on.

Baby Boomers are the catalyst to this change, thanks to “thinking outside the box” and wanting a service that is unique to their lives. Themed funerals are starting to take off, and services are becoming memorial events. 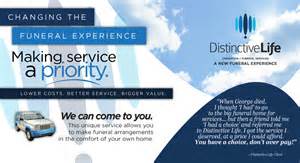 In Texas, one funeral home director decided to offers some options to the traditional funeral home. Funeral Director Jeff Freidman operates Distinctive Life Funeral Home, (yes, a traditional funeral home) in Plano, but he has also set up a storefront in Richardson Texas where you can shop for grandma’s casket in a nicely lit, comfortable showroom with real music playing. Distinctive Life also has several vans equipped with a selection of urns, many unique and creative (A floating urn anyone?) along with a computer on which you can view and select the casket you’d like without leaving home. 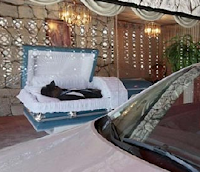 At Adams Funeral Home in Los Angeles, mourners simply pull up to a bank teller-like window and push a button. A curtain raises, music plays and you have a few minutes to say your good-byes to the deceased.

Wade Funeral Home in St Louis has become known for their themed viewing rooms, offering a familiar setting like “Big Momma’s Kitchen” where family and friends can gather in a homey 1950s style kitchen as a platter of fresh fried chicken waits on the stove. 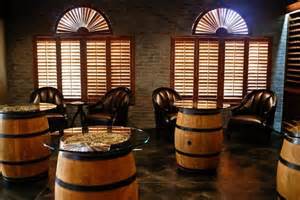 Hodges Funeral Home in Naples Memorial Gardens offers family and friends the opportunity to sit and reminisce over a glass of wine in their wine bar providing a more relaxed and calm way to mourn and remember. Amid comfortable chairs, high top tables, and racks of wine, this modern wine cellar provides a more laid-back, tranquil vibe than your average funeral home viewing room. 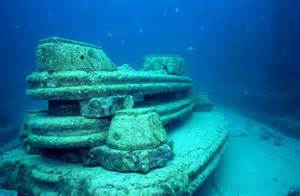 The Neptune Society, the largest cremation-only provider in the U.S., takes cremated remains and mixes them with cement before placing them in a mold. Once the mold is formed, the shaped piece is then taken down to the world’s first underwater “cemetery”, actually a cremation memorial park, and placed on the Atlantis Memorial Reef with a memorial plaque.  There, the molds become a permanent part of the ever-changing man-made reef. 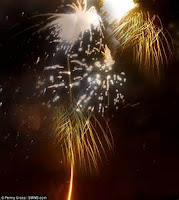 You can even light up the sky when the Celebrate Life Program mixes your ashes with phosphorous to create a private fireworks display for family and friends.One things for sure, Boomers do not intend to go “quietly into that good night” – at least not without some serious shake up of the traditional, and a touch of individualized flair on the way out.
~ Joy
Posted by Joy Neighbors at 3:44 PM No comments:

The Victorians were obsessed with death – in a nice way. There was a code of etiquette for both the living, and the deceased. The reasons for their "undying" interest were numerous; death was an every-day occurrence, it happened at home, and mourning was a way of life - a mourning period could last over two years.  A few of the main death fears held by Victorians included being buried alive, being dug up by body snatchers, and the horrible decay that the body went through.

Almond Dunbar Fisk patented a product in 1848 to alley all three fears with his “air-tight coffin of cast or raised metal.” With a Fisk Iron Coffin, the deceased was visible for viewing (and making sure they didn’t move.) The remains would be well preserved, continuing to look exactly as they did when they died, and iron coffins were almost impossible to break into.

The Fisk Metallic Burial Case was shown at the New York State Agricultural Society Fair in 1849, along with the American Institute Exhibition in New York City later that year. Orders were taken and production began.

The coffin was form fitting, resembling an Egyptian sarcophagus with the face and feet higher than the body. A small glass window was fit above the face for viewing.

There were several benefits to using an iron coffin including the smell of decay was trapped in the iron case much better than a wooden coffin. Resurrectionists were not able to “bash and grab,” (Bust open a wooden coffin and pull the deceased out by their neck for the purpose of selling bodies to anatomy schools.) and they looked secure.

But security was not cheap; the price of a Fisk coffin was between $50 and $100. (A wooden casket cost $2.) Former U.S. Vice-President and Secretary of State John C. Calhoun was buried in a Fisk coffin in April 1850, and after that, demand grew.

But Almond Fisk was not doing well; he had become ill while fighting a fire that destroyed his foundry in 1849 and had never recovered. In October of 1850, Fisk died. His investors, John G. Forbes and Horace White continued on with the company.

An 1851 ad for the Fisk’s Metallic Burial Case touted how “they preserve the forms we love, in something more like a pulseless slumber than a dread decay, they have the appearance of rich and heavy folds of drapery, thrown over the form, adapted to the shape, and realizing the line of “Thanatopsis.” 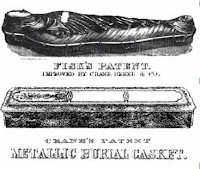 The form fitting shape gave way to sleeker, more box-like shape with a window over the face and another over the hands of the deceased. The size of the windows increased and soon the top was all glass except for a dividing bar across the middle.

Glass coffins became very popular in the late 1800s in Germany, especially when used for royalty and revered leaders. Vladimir Lenin is one of the most famous leaders who lies in state in a glass coffin in Red Square in Moscow. Others who rest eternally in a glass casket include Venezuelan President Hugo Chavez, China's Mao Zedong, Vietnam's Ho Chi Minh, and North Korea's founding leader, Kim Il Sung.

While all-glass coffins are favored for viewing, they are not usable as a burial case because they are too fragile to have earth heaped on top of them and maintain their form.

Posted by Joy Neighbors at 11:37 AM No comments: