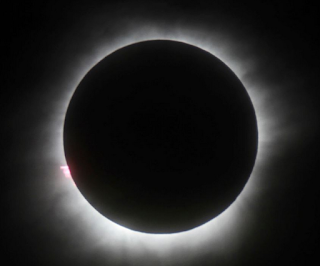 Monday is a much anticipated day for many around the world. This will be “The Event of the Century,” when the sun, moon and earth line up to create a total eclipse.
A total solar eclipse is a unique visual occurrence. In the US, it will be visible, in some form, in all 48 states. The eclipse will pass over North America, Western Europe, Northern and Eastern Asia, Northern and Western Africa, a large section of South America and the Arctic along with islands in the Atlantic and Pacific Oceans. Millions of people will see it. 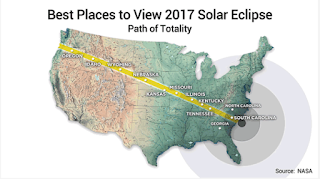 A lunar eclipse occurs about once every 18 months, but one of this magnitude that will be viewed by millions occurs approximately once every 375 years according to Belgium astronomer Jean Meeus. (Now you see why this is such a BIG deal!)

But our ancestors have always had a dubious relationship with the heavens. In fact, most people thought the world was ending when an eclipse – full or partial – occurred.
Here are 10 superstitions that our ancestors may have harbored during an eclipse. 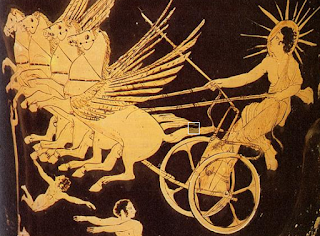 Ancient Greeks believed that Helios, the Sun God, (or Apollo, take your pick) drove his fiery chariot across the sky each day, and could see and understand what was happening on Earth. He would then report this behavior to Zeus. When the sun disappeared during the day, the only conclusion drawn was that the people had offended the gods and were being punished. 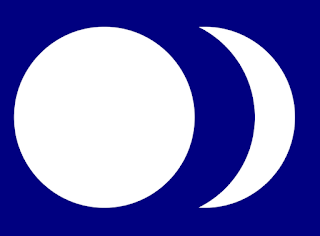 2. Sun and Moon Quarreling
Ancient cultures in Togo and Benin believed that the Sun god and the Moon god were arguing. The only way to make amends between the two was for those on earth to set an example and let go of their grievances toward one another.

3. Sun Being Devoured
Each culture had its version of what was happening when an eclipse took place, and most of these ancient cultures thought that something was eating the sun.

In Hindu mythology it was believed that the demon Rahu’s severed head was devouring the sun. When this occurred, the people would grab something to bang on in order to scare Rahu into coughing up the sun.
Ancient Egyptians thought that a sow had swallowed the moon.
In Korea, ancient dogs were blamed for taking a bite out of the moon as they tried to steal it.
Other societies would throw things into the sky to scare away the demon that was trying to swallow the sun.
Native Americans believed that an eclipse happened because the sun and a bear were quarreling. The bear grabbed the sun and bite out a chunk. 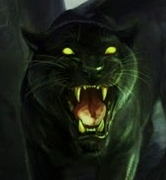 4. Spirits of the Dead
Incas thought that the souls of the dead, in the shape of a jaguar, had attacked the moon and once finished with it, would come to earth. In order to save mankind, they would throw spears into the sky to keep it away.

5. Danger to the Monarch 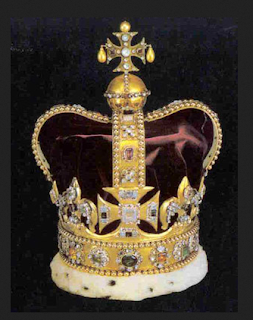 Kings and queens believed that their power to rule was in danger of being overthrown during an eclipse. To thwart an attempt, a person was hired to sit on the throne during an eclipse so nothing bad would happen to the ruler.
6. Sacrificial Offerings
The Aztecs believed that the gods were angry and must be appeased. People of lighter complexions were immediately sacrificed and any captives were killed to quell the god’s wrath and keep them from walking the earth looking for men to eat. 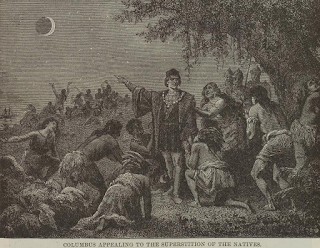 In 1503 Christopher Columbus and his crew were stranded in Jamaica. The natives became tired of assisting them. Columbus, knowing that an eclipse was due, told the Jamaicans that his god was angry with their treatment and would take away the moon as punishment. When the eclipse occurred, the natives agreed to tend to the crew until help arrived if the moon was restored.
8. Deform Children
The Aztecs also thought that if a pregnant woman went outside to view the eclipse, her child would be born with a cleft palate in a similar fashion to the bite that had been taken out of the moon.
9. Karma
Tibetan Buddhists believe that during an eclipse our actions are multiplied one thousand times – be they good or bad. 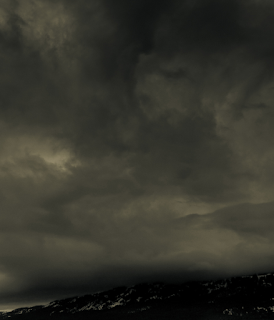 10. Cause of Natural Catastrophes
The Chinese believed that an eclipse foretold of the coming of famine or disease.

Others believed that the solar eclipse of 1652 caused the Great Plague in London.

Modern astrologers report that an eclipse can cause natural phenomenon like earthquakes and storms.
Today, in certain cultures, an eclipse still portends evil, but most of the world will be celebrating the sight of the total eclipse on Monday. If you happen to miss it, mark your calendars because there will be an annular solar eclipse on October 14, 2023, and another total solar eclipse on April 8, 2024 that will be visible mainly in parts of the Midwest and the East Coast.
~ Joy
And a note: My new book The Family Tree Cemetery Field Guide will be shipping out next Tuesday for early orders. Click here to get your copy.
Posted by Joy Neighbors at 9:20 AM No comments:

Haunted New Harmony - Worth a Trip 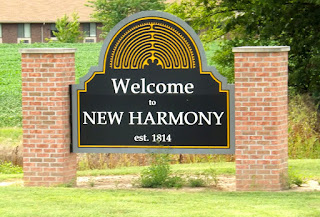 The first settlers to the area were members of the Harmonie Society, more than 800 German Lutheran immigrants who were followers of  Father Johann Georg Rapp. Also known as Rappites, the religious group believed in a literally interpertation of the Bible and sought Christian perfection by practicing celibacy while living highly ordered and productive lives.

These men and women built more than 160 buildings including a church and graveyard,  school, cotton mill, grain mills, sawmills, tanneries, winery, brewery and other businesses. The Harmonists lived here from 1814 to 1824 when they returned to Pennsylvania to form another community.

Then came another utopian group called the Owenites. This group was the polar opposite of the Harmonists. Founder Robert Owens wanted to establish a new moral social utopia, one that stressed education and the equality of men and women while shunning marriage and religion. Members of his movement, more than 700 people, came to live here along the banks of the Wabash River. Although the community lasted only a couple of years,  it established the first free school system in America including something known as kindergarten. The group completely disbanded in 1829 due to a lack of funds.

Two groups so radically different in their beliefs could make for an interesting paranormal situation. Then factor in the influence of the river and the beliefs of the Native Americans, and you have an interesting mix of beliefs and cultures.

Then there was the Tri-State tornado of 1925 . The mile-wide twister ripped through Missouri, Southern Illinois and Southern Indiana killing 695 people during its three hours on the ground. New Harmony was in its path and 52 people died here. Their bodies were taken to the Ribeyre Gymnasium so next of kin could identify them. That’s another spot with lots of paranormal activity.

Native Americans seemed to know that the area was a hotspot of activity. The Harmonists didn’t mention it, but the Owenites, with their interest in science, would have been curious as to what was causing all the incidents.

The first reported haunting was in 1848 in the Fauntleroy Home when a guest reported passing “the resident ghost” on the stairs as she was retiring for bed. The home was renovated a few years ago and paranormal activity has picked up. In fact, it's the most haunted house in town. One reason may be the adjacent cemetery. 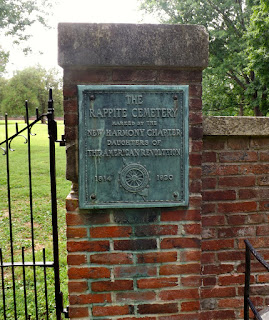 More than 200 Rappites are buried in the Harmonist Cemetery, all in unmarked graves due to the sect's belief in equality for all of its members. A wall constructed of bricks from the old Harmonist church surrounds the graveyard. Also located here are several burial mounds of Native Americans from the Middle Woodland period, about 2,000 years ago.

New Harmony, Indiana is worth a trip just to soak up the ambience, but don’t be surprised if you catch a shadow person pass by – it's a town where some residents never leave.
Joy
Posted by Joy Neighbors at 5:30 AM No comments: