The Reason for Memorial Day 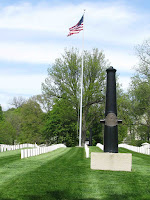 In the U.S., we celebrate Memorial Day on the last Monday of May. But over the years the real reason for the observance has been diminished.  It is not about having a three-day weekend or the opening of the pool; it’s also not about having a parade, watching the Indy 500 or the ‘official’ start of summer.  It is a day set aside to remember and honor those who sacrificed their lives, fighting in wars, for this country’s freedom.
Decoration Day was officially decreed on May 5, 1868 by General John A. Logan, the first Commander in Chief of the Grand Army of the Republic, to honor those who died fighting in the Civil War. It was first observed that same year, on May 30th at Arlington Cemetery when flowers were placed on the graves of Union and Confederate soldiers. Many women’s groups took up the practice of decorating the graves of the war dead with flowers and flags each May 30th, thereafter. 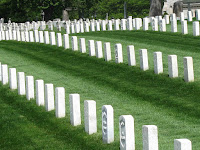 In a speech given at Arlington Cemetery in 1870, Logan asked, “Shall we, the freest of all nations, in our paradise of liberty feel less patriotic fire in our breasts...? Shall we neglect the graves of those who sacrificed their lives to defend the palladium of our liberty, to perpetuate our national unity, and shield our rights forever? ...”
By 1882 the name Memorial Day was being used interchangeably with Decoration Day.  By 1890, every state in the north had declared Memorial Day as an official holiday.

The South, however, refused to acknowledge Memorial Day, insisting on honoring their dead on other days throughout the spring.  After World War I, the observance was declared to be in honor and remembrance of all who died fighting for America in any war. Though many states in the South still have a separate day to honor the Confederate dead, Memorial Day is now observed throughout the country on the last Monday in May. 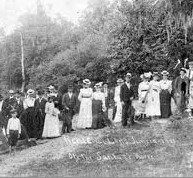 At the start of the twentieth century, Memorial Day had evolved into an occasion to remember not only the war dead, but deceased family members and ancestors as well.  Buggies were hitched up, picnic baskets were prepared, and flowers were gathered for the journey to the cemetery to decorate the graves of loved ones and soldiers, alike.
During WWI, Moina Michael started the tradition of wearing a red poppy in honor of those who died during war.  In 1922, just before Memorial Day, the VFW (Veterans of Foreign Wars) organization became the first war veterans group to sell red poppies nationally. 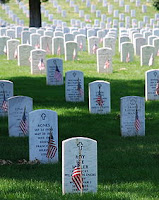 In the late 1950’s, the 3rd U.S. Infantry began placing small American flags by each of the gravestones at Arlington National Cemetery.  The practice continues today with over 260,000 flags being posted, one by each grave.  Communities and cemeteries across the country hold similar ceremonies, including the laying of wreathes, the placing of flags and the lighting of candles – all in remembrance and in honor of those who died while in military service. 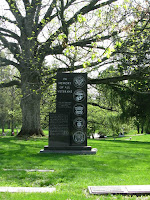 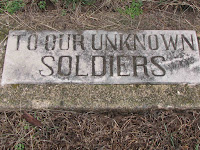 In 1967, the name was officially changed from Decoration Day to Memorial Day. Then in 1968, Congress passed the National Holiday Act, which specified that Memorial Day, Veteran’s Day and Washington’s Birthday would always fall on a Monday, thereby ensuring convenient three-day weekends.  The law took effect in 1971 marking Memorial Day as an official federal holiday. There have been attempts by several organizations and some political officials to return to the traditional date of May 30th, but the proposed revisions do not appear to have had much support. 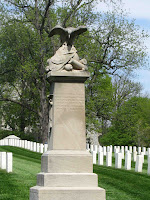 On May 30, 1870, General Logan gave an address in honor of the new commemorative holiday. In it he said:

"This Memorial Day, on which we decorate their graves with the tokens of love and affection, is no idle ceremony with us, to pass away an hour; but it brings back to our minds in all their vividness the fearful conflicts of that terrible war in which they fell as victims.... Let us, then, all unite in the solemn feelings of the hour, and tender with our flowers the warmest sympathies of our souls! Let us revive our patriotism and love of country by this act, and strengthen our loyalty by the example of the noble dead around us...." 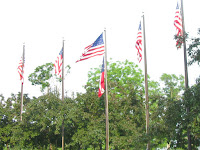 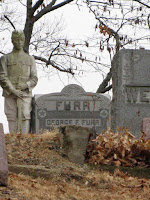 This weekend, when we gather with friends for the first picnic of the summer, when we watch the Indy 500, when we go to the weekend’s parade or festival, let us consider the real reason for this day and take a moment to remember those who have served, and honor those who lost their lives in service to our country.  Memorial Day is not just a day of celebration – but also a day to celebrate being American! And for remembering the price other Americans have paid.
~ Joy
Posted by Joy Neighbors at 6:00 AM