Symbols: Flowers and the Frailty of Life

Symbols have been used on tombstones for centuries.  But it was not until the mid-1800’s that this secret code caught on with the ‘common folk’ who could finally afford to decorate their graves with statues and carvings.

The Victorians were known for their love of ornate designs, and this carried on to their gravestones.   Stone carvers of the period created works of art.  Rural cemeteries became the poor person’s art gallery, offering carvings, statues, and buildings of spectacular craftsmanship.

The Victorians were enamored with flowers, which were known to have their own language.  Give a woman a red rose and that signified love, a yellow rose indicated friendship, and a white rose meant innocence or secrecy.  It is no wonder they carried this silent language on to the grave.

Roses on a tombstone can have several meanings, depending on the number shown and if the rose is in bud or bloom.  A rose symbolizes love, hope and beauty.

Two roses joined together signified a strong bond, as on this couple’s stone. A wreath of roses stands for beauty and virtue.

Age could also be noted with a rose bud indicating the grave of a child.  A partial bloom was used to show someone who had died in his or her teen or early adult life.  And a full bloom signified someone in the prime of life. 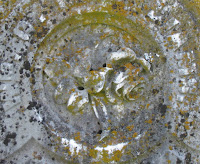 A broken blossom, whether a rose or another flower, indicated that someone had died too young. 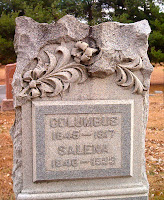 Another flower that is abundant in the cemetery is the lily, which stands for innocence and purity.  There are several various types of lilies used on gravestones, each with a slightly different meaning.
The most popular is the Easter Lily, which represents resurrection and the innocence of the soul being restored at death. 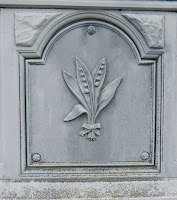 A Lily of the Valley signifies innocence, humility and renewal.

The Fleur de Lis is actually a stylized lily that represents the Holy Trinity. 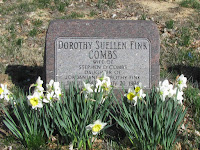 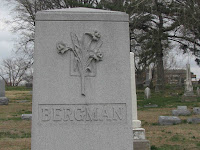 And the Daffodil, also part of the lily family, indicated grace, beauty and a deep regard.  You’ll notice that live daffodils are abundant in older cemeteries during the spring. 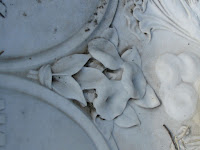 Other flowers used on gravestones include the daisy, which means gentleness and innocence.  And the morning glory, which suggesting mourning, mortality and farewell. 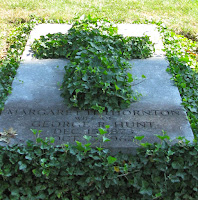 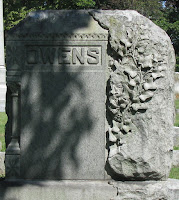 Greenery is also used to convey unspoken thoughts.  Many stones are covered in Ivy to imply faithfulness, undying affection and eternal life. 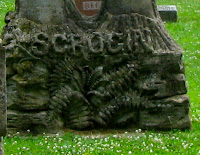 The fern was very popular in Victorian times as an indicator of sincerity and solitude. 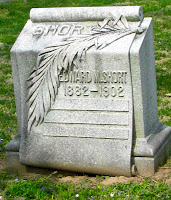 And the palm, another plant associated with Easter, signified triumph over death, and a forthcoming resurrection. 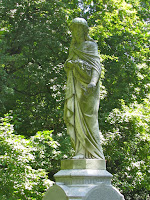 Wander any cemetery and you will discover a secret language communicated through symbols.  All it takes is the interest to learn what each generation wished to imply with their symbols, and the time to let them speak to you, offering interesting insights into someone’s life and time.

It’s the weekend; take some time to listen to this silent language.

(This is one of the topics I speak on for Genealogical and Historical societies.  If your group is interested in a presentation, please contact me here or on Facebook at http://www.facebook.com/pages/A-Grave-Interest/123365667736789)
Posted by Joy Neighbors at 11:05 AM