Today marks what would have been the 145th birthday of American architect, Frank Lloyd Wright.  Wright is known for what he termed ‘organic architecture,’ which later developed into his Prairie Style.

During Wright’s 72 years as an architect, he designed over 1,000 buildings and structures, and actually built around 500 of them. Wright is known for such architectural gems as Falling Water in Mill Run, Pennsylvania, Taliesin in Spring Green, Wisconsin, and the Guggenheim Museum in New York City.

But what people don’t usually realize is that Frank Lloyd Wright also designed a memorial chapel for a cemetery that is built in Illinois; and a very modern mausoleum that can be found in a cemetery in New York.

The Pettit Chapel is located in Belvidere Cemetery in Belvidere, Illinois.  Wright designed the chapel after Emma Glasner Pettit approached him with the request.  She wanted an indoor setting where friends and family could gather to pay their respects to her husband, William Pettit.  Pettit had been a doctor in Cedar Falls, Iowa and had built the largest medical practice in the state during the late 1890’s.  When he died of a heart attack in 1899, his body was taken back to Belvidere, Illinois, his hometown.  Crowds of people from Cedar Falls wanted to attend the funeral in Belvidere.  So many, in fact, that a special train had to be chartered so that all who wanted to attend, could.


It was 1906 when the Belvider Cemetery Association approved the request and design for the memorial chapel, and building began in 1907.  The T-shaped chapel cost around $3,000 to build.  The Pettit Chapel was the only structure Wright designed for a cemetery and one of the earliest of his Prairie Style buildings.

Wright designed the chapel with a fireplace inside, and a porch with a low overhanging roof, typical of his buildings to come.  Art glass windows were used, along with wood trim.  The exterior was covered in a stucco finish.  The chapel was used for funerals in the cemetery until the 1920’s.  In 1978, the Pettit Chapel was listed on the National Register of Historic Places.  The chapel has undergone restoration twice since 1907, once in 1977, and again in 2003.

The Pettit Chapel may be seen during regular cemetery hours.  It is still used for weddings, funerals, meetings and luncheons. For more information contact the Belvidere Cemetery at (815) 547-7642 or visit http://www.belviderecemetery.com.

Another of Wright’s architectural designs for a cemetery can be found at Forest Lawn Cemetery in Buffalo, New York.  This one-of-a-kind, organic design is known as the Blue Sky Mausoleum.  Best described as an outdoor mausoleum, the blueprint shows no walls or roof. 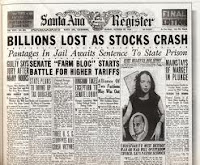 It was during the late 1920’s when Darwin Martin, of the Larkin Soap Company, contacted Frank Lloyd Wright about designing a family mausoleum for him.  Martin wanted it built in Forest Lawn Cemetery, in Buffalo.  Wright drew up a sketch, but Martin never had the mausoleum built. A year later, he lost his fortune in the Stock Market Crash of 1929, and with the start of the Great Depression, the plans for the mausoleum were put away.


It was not until October 2004 that the Blue Sky Mausoleum was finally constructed.  In the mid-90’s, Fred Whaley Jr., President of the Forest Lawn Cemetery, discovered that Frank Lloyd Wright had designed a mausoleum for his cemetery.  After several years of fund raising, the needed $500,000 was raised and the cemetery had the memorial built according to Wright’s drawings from 75 years before.

Crafted from white granite and concrete, twenty-four crypts rise gently from the edge of a lake up a hill, with steps going up the center.   Benches protrude from a vertical marker at the top. Green trees provide the walls and the sky is the ceiling.

According to Wright’s notes, “This is a burial facing the open sky – a dignified great headstone commune to all.”  Designed in stepping terraces, it offers an organic compromise between the grave and a mausoleum.

Since the mausoleum did not get built for the Martin family, it now offers a unique opportunity. The crypts are available for sale to the public by contacting the cemetery. This is the only Frank Lloyd Wright structure that you can elect to be buried in.  Forest Lawn Cemetery also offers tours of the mausoleum.  For more information call (716) 885-1600 or visit www.forest-lawn.com.