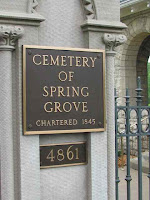 Spring Grove Cemetery in Cincinnati, Ohio is the second largest cemetery in the United States.  It was originally known as the Cemetery of Spring Grove, and was founded in 1845 by the Cincinnati Horticultural Society as a not-for-profit cemetery.  The original 166 hilly acres were purchased for $16,000 and dedicated that August.  The first burial occurred on September 1, 1845.


The Cincinnati Horticultural Society used the cemetery grounds as an arboretum to study plants.  In 1850, over 4,300 ornamental plants had been planted throughout the grounds, and the nursery contained another 11,000 plants.

Then in 1855, Albert Stauch became superintendent of the cemetery.  During the next ten years he planted over 200 varieties of trees, choosing locations where "the beauty of form, color, and size shall be most effective."  His interest in using native plants and trees, along with his desire to create a natural landscape, led him to reroute roadways to follow the natural contours of the land. 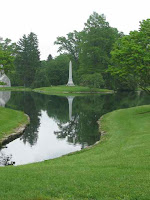 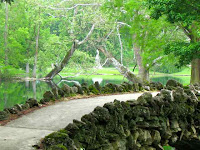 Stauch also placed lakes, bridges and islands throughout the cemetery grounds. The concept of a “Lawn Cemetery,” grassy expanses with native plants, trees, lakes and meandering paths was unique, but caught on quickly.  It wasn’t long before the majority of U.S. cemeteries adapted the concept of the “Lawn Cemetery”. 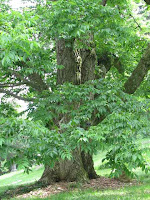 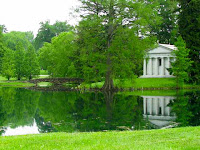 By the 1860’s, the cemetery had the most diverse collection of trees in the country, except for New York’s Central Park. Today, Spring Grove Cemetery and Arboretum is home to over 1,200 species of trees, plants and shrubs.  Fifteen lakes, a cascading waterfall, and several footbridges still evoke Stauch’s original Lawn Cemetery design. 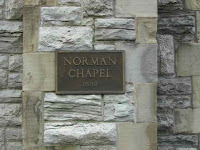 The Norman Chapel, located just inside the main gates, was designed in the Romanesque Revival, or Norman style.  Cincinnati architect Samuel Hannaford designed it in 1879.  It is constructed of limestone from Bedford, Indiana, “Limestone Capital of the World,” and guarded by various gargoyles.

Inside, the chapel offers a breath-taking venue with its carved wooden beams, arches and limestone pillars. Black Belgium marble paves the floor.  Bas-relief bronze doors are located on each side of the entrance to the sanctuary. The large stained glass widow was designed by Cincinnati resident Thomas S. Noble and features Christ’s Ascension into Heaven.

The chapel has also acted as a jail.  In the basement, a holding cell was created during the late 1800’s for carriage drivers traveling too fast through the cemetery.  Drivers were arrested, put in the jail cell and held overnight.  When automobiles were allowed in the cemetery in 1911, the jail cell was again put into use to deter speeding through the grounds.  The cell is now used for storage.

Twenty-five Cincinnati majors are buried here, along with many well-known politicians, businessmen, authors and artists.  But interestingly enough there are no presidents buried at Spring Grove.  There are ten governors from Ohio, Kentucky and Arizona here.  The most famous governor was Salmon P. Chase. Chase served as Governor of Ohio from 1856 – 1860.  He also served as an Ohio Senator, Secretary of the Treasury under President Lincoln, and as Chief Justice of the Supreme Court.  Chase’s picture appears on the $10,000 bill.  He was also instrumental in the development of Spring Grove.


Other notables include Alexander McGuffy, who created the Electric Speller and co-wrote the McGuffy Readers, used in grade schools across the country.  And Andrew Erkenbrecher, founder of the Cincinnati Zoo, one of the oldest zoos in the country, opening in 1875. 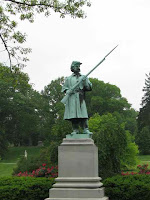 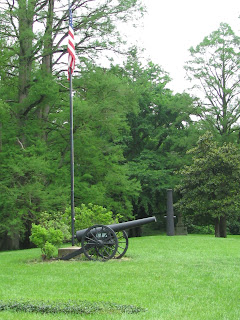 Spring Grove is also the resting place of hundreds of soldiers, dating from the Revolutionary War to today. Eight Congressional Medal of Honor recipients are buried here.  There are thirty-three Revolutionary Soldiers interred here.  Forty Civil War soldiers of which thirty-four are Union Generals, including Major General Joseph Hooker.  Hooker led the Union attack at the Battle of Antietam, but then suffered a horrible defeat at the hands of Confederate General Robert E. Lee at the Battle of Chancellorsville in 1863. 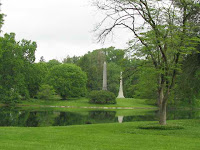 In 1987, the cemetery name was changed from the Cemetery of Spring Grove to Spring Grove Cemetery & Arboretum to note the extensive collection of native and exotic plants that cover the grounds.  The cemetery is now comprised of 733 acres, of which on 400 acres are currently used and landscaped.  The remaining 333 acres will be developed as needed, guaranteeing the community a working cemetery for hundreds of years.  Over 44 miles of paved roadways wind through the present day cemetery. 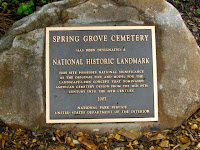 Spring Grove was designated a National Historic Landmark in 2007. It is only one of five cemeteries in the country to hold this designation. This is in honor of its exceptional manner in illustrating the heritage and culture of the United States.  Spring Grove is the largest non-profit cemetery in the country. 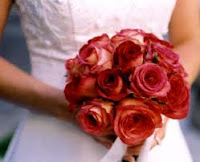 Weddings are often held at Spring Grove.  The Norman Chapel can seat 200 and is available for ceremonies, as is the Garden Courtyard, which can seat up to 1,000.  The cemetery is also available for wedding photography.  Visit their web site for guidelines and rates.


Spring Grove offers several tours and events throughout the year. Public tours are offered from May through October.  Theses include public tram tours, weekend walkabouts and twilight tours. The cemetery also offers private group tours, and tours for school children.  Several special events are held throughout the year including the Annual Summer Sounds of Spring Grove Concert held in July, the Moonlight Tour held in August, and the Annual Lantern Lighting Ceremony held each September.  Self guided walking tours featuring art, architecture, and history can be conducted with the aid of maps available at the cemetery office.  Each year over 13,000 people attend these special events and tours. 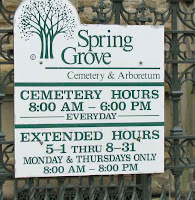 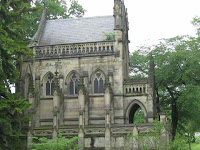 Spring Grove is located at 4521 Spring Grove Avenue in Cincinnati.  The cemetery grounds are open from 8 A.M. to 6 P.M. each day.  The phone number is (513) 681-7526.  Visit their web page at http://www.springgrove.org/ or on Facebook at http://www.facebook.com/sgcemetery. Spring Grove welcomes genealogy research on their web site. 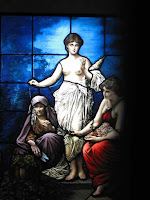 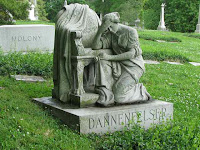 Spring Grove Cemetery and Arboretum is well worth the visit!  Plan on spending at least half a day if not the full day.  And if you can go when a tour or event is offered, all the better.  Whether you’re a photographer, artist, historian, Tombstone Tourist, gardener, or just love a park-like setting, Spring Grove has something for you!  So go – experience, and enjoy!!