Untouchable Eliot Ness: The Man, The Myth, The Legacy


He was America’s Number One Prohibition Agent, famous for nabbing gangster Al Capone on tax evasion and enforcing the anti-alcohol laws of Prohibition. But was he really responsible for Capone’s arrest? And how true was his autobiography, “The Untouchables”? 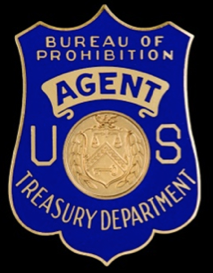 Eliot Ness was born in Chicago in 1903. He graduated from the University of Chicago in 1925 with a degree in economics, but returned to pursue a degree in criminology. His brother-in-law, a Bureau of Investigation (forerunner of the FBI) agent, helped get Ness hired, and by 1927, Ness was working with the Bureau of Prohibition in Chicago.

These "Prohibition agents" were to stop people from selling or drinking alcohol and that was usually done by breaking up illegal bootlegging rings and raiding stills, breweries, and popular nightclubs around Chicago.

This put Ness head-to-head with gangster Al Capone who ran most of the speakeasies and breweries in the “Crime Capital of the World.” After refusing bribes from Capone, Ness and his 8-man team, dubbed “The Untouchables” (for refusing bribes) were prepared to bring Capone in on over 5,000 provable charges of bootlegging.

But prosecutors knew the charges wouldn’t stick; the public loved drinking but not tax cheats, so Capone was prosecuted on charges of tax evasion, an area Ness had not been involved in.

Capone was tried and sentenced to 11 years in prison
while Ness was promoted to Chief Investigator of the Prohibition Bureau for Chicago. When Prohibition ended in 1933, Ness worked as an alcohol tax agent in the “Moonshine Mountains” of Kentucky, Tennessee and Ohio. By 1935, Ness was working as the safety director in Cleveland, vowing to end police corruption in the city.

Ness spent seven years in Cleveland, cleaning up the 2,000-man police force by ferreting out corrupt police officials and battling against local Mafia and crime lords. It was during this time that he began to develop his style of policing with science: what today we consider a part of forensic science. He also created a professional police force that served under rigorous moral codes. Ness also helped improve conditions for the Cleveland Fire Department, and promoted traffic safety.

But then Ness began to falter: a serial killer known as the Cleveland Torso Murderer was loose in the city; at least a dozen people had died. Ness indicated in his journal that he knew who the murderer was but could never get him convicted. Personal problems also took a toll and he began to drink and carouse. His first marriage ended in divorce. 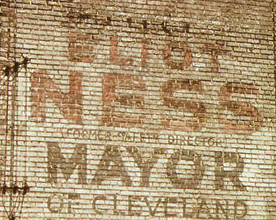 In 1942, he resigned his position as Public Safety Director, remarried and moved to Washington D.C. to work for the federal government in the battle against prostitution and vice. By 1947, he was remarried and was living back in Cleveland where he ran for the office of Mayor. He lost the election, sank into debt, and started drinking heavily. In 1953, he took a job with North Ridge Industrial Corporation, a paper company from Cleveland, and moved his family to the new headquarters in rural Pennsylvania.

Ness decided to write his autobiography but soon realized he needed a ghostwriter. He hired Oscar Fraley, a reporter, to collaborate with him. Fraley ended up writing the book, creating events and characters that were totally fictitious. Fraley painted Ness and his men as fearless agents who were mysteriously ‘untouchable,’ when in fact it was the careful, methodical planning on Ness’s part, the integrity of his team, and sheer gut instinct that kept most of the men from being gunned down. 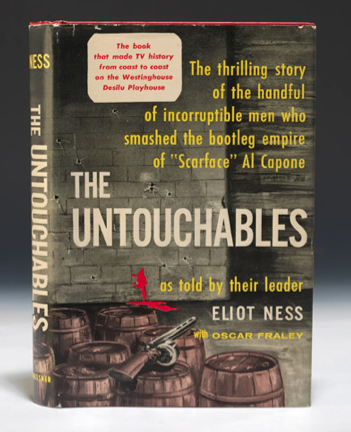 The book, “The Untouchables” was published in June 1957. Ness never knew that his myth and legend had been secured: Eliot Ness died of a massive heart attack on May 16, 1957, one month before the book came out. He was 54 years old. Eliot Ness was buried at Lake View Cemetery in Cleveland, Ohio.

But the Capone/Ness crime-fighting legacy continued. Several television programs, movies, novels, and comic books (Dick Tracy was said to have been modeled after Eliot Ness.) have been made about Elliot Ness’s life as an American hero.

But what is the true story? Fifty-seven years after Ness’s death, it’s hard to decipher between what he really said and did, and the Hollywood version: a highly fictionalized story of a super-hero lawman.

In January, it was proposed that the headquarters of the Bureau of Alcohol, Tobacco, Firearms and Explosives in Washington D.C. be named after Ness. But several authors and a Chicago Alderman opposed the resolution, inferring that Ness's legacy was not representative of who the man really was.

Now, almost 60 years later, it appears that Eliot Ness has indeed become “untouchable” but not in the way he had hoped …