I am amazed how quickly the year passes.  And at the end of each one, I’m always surprised to discover who passed that I was unaware of.  Today I remember just a few of those who left their mark (good or bad) on the world.  They have each affected our lives.

An actress from Hollywood’s Golden Age died in March.  Elizabeth Taylor was known best for her beauty, her violet colored eyes, and her eight marriages – two to Richard Burton.  She was a child star who began acting in 1942 in the movie, There’s One Born Every Minute.  During her vast career she made over 70 acting appearances in movies and on television.  Taylor received a star on the Hollywood Walk of Fame, and was made a Dame of the British Empire in 2000.  She co-founded the American Foundation for AIDS Research and the Elizabeth Taylor AIDS Foundation.  In 1997, she was honored with the Life Achievement Award from the Screen Actors Guild.  She died on March 23, at the age of 79, in Los Angeles, California.  She is buried in Forest Lawn Memorial Park (Glendale) in the Great Mausoleum in L.A.

The first female Vice Presidential candidate for a major American political party died near the end of March.  Geraldine Ferraro started her career as a lawyer in 1960, at a time when women were not expected to work outside of the home.  Her first political appointment came in 1974 as the Assistant District Attorney for Queens County, New York.  She was assigned to the Special Victims Bureau that prosecuted cases dealing with child abuse, domestic violence and rape.  She was appointed head of the unit in 1977.  In 1978, she was elected to the U.S. House of Representatives.  During her time in Congress, she focused on issues dealing with women and equality.  In 1978, Presidential candidate Walter Mondale selected her as his running mate.  Mondale and Ferraro were later defeated by incumbent President Ronald Regan and his running mate George Bush.  Ferraro went on to co-host the CNN political talk show Crossfire during the mid-nineties. She ran twice for a seat in the Senate, both times being defeated. In 2006, Ferraro became involved in politics for a final time, working to support Hillary Rodham Clinton in her bid for President in the 2008 election.  At the time of her death, former running mate, Walter Mondale honored Ferraro's contributions to women and politics when he called her “a remarkable woman and a dear human being ... She was a pioneer in our country for justice for women and a more open society. She broke a lot of molds and it's a better country for what she did." Geraldine Ferraro died n March 26, in Boston, Massachusetts at the age of 74.  She is buried in St. John Cemetery in Middle Village, Queens, New York.

The man who was responsible for the September 11, 2001 attacks carried out against the United States was killed in May. Osama bin Laden was a terrorist who founded and controlled the militant Islamist organization Al Qaeda.  He was killed after U.S. Navy SEALs and CIA Operatives were able to gain entrance to his compound.  Bin Laden died on May 1, 2011 in Pakistan at the age of 54.  He was buried at sea.

He was a man who was both admired and hated for his stance on assisted suicide.  As a medical doctor, Jack Kevorkian, campaigned for a terminally ill patient’s right to death with dignity by physician- assisted suicide. Also known as 'Dr Death', Kevorkian admitted to assisting over 130 terminally ill patients who wanted to end their lives during the 1990’s.   He was tried and convicted in 1999 for assisting in the death of Thomas Youk, and sentenced to 10 – 25 years in prison.  He was granted an early release in 2007, after being diagnosed with liver cancer.  He had served eight years of his sentence. In 2008, Kevorkian ran as an independent candidate for the U.S. Congress.  He received almost 3% of the vote. Jack Kevorkian died on June 3, 2011 in Royal Oak, Michigan at the age of 83.  He is buried in White Chapel Memorial Park Cemetery.

In early July we lost a woman who was not afraid of public scrutiny, even thought she was the wife of the President.  Betty Ford was First Lady from 1974 to 1978 when her husband, Gerald Ford was president. She could easily be called the most candid First Lady ever.  Even though her husband was a Republican, Betty never failed to stand up for her convictions on social issues, she supported the Equal Rights Amendment, a woman’s right to choose, and equal pay for equal work.  She raised awareness that addiction could affect any one, making her battle with alcoholism public in the late 1970’s.   She later founded the Betty Ford Center for substance abuse and addiction.  She also raised awareness about breast cancer after having a mastectomy in 1974.  Usually a subject that was not discussed in polite circles, Betty was open and honest when interviewed about it.  She told a reporter for Time magazine, “When other women have this same operation, it doesn't make any headlines, but the fact that I was the wife of the President put it in headlines and brought before the public this particular experience I was going through. It made a lot of women realize that it could happen to them. I'm sure I've saved at least one person — maybe more." The huge increase of women doing self-examinations was amazing, and the incident was known as the “Betty Ford blip.”  She was awarded the Presidential Medal of Freedom and the Congressional Medal of Honor.  Betty Ford died on July 8, 2011 at the age of 93.  She is buried with her husband on the grounds of the Gerald R. Ford Museum in Grand Rapids, Michigan.

In the short span on 27 years, Amy Winehouse managed to force in a lot of living.  The young singer-songwriter began her music career at the age of ten when she formed a rap group called “Sweet ‘n’ Sour.” She began writing songs when she was fourteen and took to the stage in 2000 with the National Youth Jazz Orchestra. She released her debut album, Frank, in 2003.  Winehouse fashioned herself to resemble Ronnie Spector of the Ronettes, a sixties girl group, complete with bee hive hair.  Her singing style shifted from jazz to soul, R&B and pop music. In 2006, she followed up with her second album, Back to Black, which garnered her five Grammy Awards. While her musical career was skyrocketing, her personal life was always tempestuous.  Drugs and alcohol played a big part in her life and ultimately ended it.  Amy Winehouse died July 23, 2011 in England and was cremated.


"The Man Who Changed the World" is just one title that fits Steve Jobs.  As a young entrepreneur, Jobs founded Apple Computer in 1976, along with Steve Wozniak and Ronald Wayne.  Jobs was the first to see the real potential of the Apple computer, but after internal bickering, he was fired from Apple in 1985.  He immediately founded NeXT Computer. He was named "Entrepreneur of the Decade" in 1989.  In 2005, he was asked how being fired from Apple in '85 had affected him.  Jobs relied, "The heaviness of being successful was replaced by the lightness of being a beginner again, less sure about everything. It freed me to enter one of the most creative periods of my life..... I'm pretty sure none of this would have happened if I hadn't been fired from Apple. It was awful-tasting medicine, but I guess the patient needed it."  Jobs stayed with NeXT until it was acquired by Apple in 1997.  He was named Chief Executive of Apple in September  '97, a position he held until his resignation in August, 2011.  In 2009, he was named "CEO of the Decade" by Fortune Magazine., and "Person of the Year" for 2010 by the Financial Times.  Jobs has been called a visionary, a pioneer, and a genesis, being compared to Henry Ford and Thomas Edison for profoundly changing the world.  Steve Jobs died October 5 at his home in Palo Alto from pancreatic cancer.  He was 56.  He is buried in Alta Mesa Memorial Park Cemetery in Palo Alto, California.

I remember thinking, “He’s the last of the old CBS guard” after hearing that Andy Rooney was gone.  The old curmudgeon of 60 Minutes fame actually began his writing career during WWII for the Stars and Stripes newspaper in London. In 1949, Rooney was hired by CBS as a writer.  In 1970 he would leave CBS because they found his special on the Vietnam War too controversial to air.  PBS offered him a platform for the show to be broadcast on and he won his third Writer Guild Award for it.  Rooney returned to CBS in 1973 working as a writer for special programs.  In 1978, he joined the 60 Minutes team with his commentary segment, “A Few Minutes with Andy Rooney.”  His final appearance on the news show was October 2nd.  He died one month later, on November 4, 2011, at the age of 92.  He is buried at Rensselaerville Cemetery in Albany County, New York. 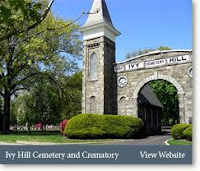 He was considered one of the best heavyweight boxers in the world.  Joe Frazier fought from 1965 to 1976. "Smokin' Joe" brought home a gold medal in the 1964 summer Olympic games in Tokyo and turned pro the following year.  He was named Ring Magazine's Fighter of the Year in 1967, 1970 and 1971.  He defeated Muhammad Ali in a 15-round unanimous decision at Madison Square Garden in '71. Then in 1973, Frazier met defeat at the hands of George Forman in the second round of their bout. In 1974, Ali defeated him after 12 brutal rounds.  Then in 1975, the 'Fight of the Century' took place.  Billed as the 'Thrilla of Minilla,' Frazier and Ali, the two top heavyweight fighters gave it their all for 14-rounds. In the end, Frazier could go no more and Ali was named champion. After another defeat to George Forman in 1976, Frazier hung up his gloves. He spent the remainder of his life training other boxers in his Philadelphia gym. His boxing record shows 32 wins, 27 by knock-outs, 4 losses, and 1 draw. In 2011, Frazier was voted as one of the"Best Boxers on Earth" by the public.  He died of liver cancer on November 7 at the age of 67 in Philadelphia.  He is buried in Ivy Hill Cemetery in Philadelphia, Pennsylvania.

A well loved film and television actor died on Pearl Harbor Day.  Harry Morgan appeared in over 100 films, and was well known for the six television series he appeared in from 1954 to 1983. Morgan started his film career in 1942 and appeared regularly in movies throughout the 50’s and 60’s.  He delved into television in 1964 in the 26-week series Kentucky Jones.  From 1967 to 1970, he became known as Officer Bill Gannon on Dragnet.  In 1975 he joined the cast of M*A*S*H as Colonel Sherman Potter.  He kept that role until the show ended in 1983. In the 80’s he reprised his role for the movie Dragnet with Dan Akroyd and Tom Hanks.  He continued to act in television throughout the 1990’s.  Harry Morgan died December 7, 2011 in Los Angeles, California at the age of 96 and was cremated.

That's a brief look at just a few who passed in 2011.  And now we look forward to a brand new year, and all of the hopes and dreams it holds!  Happy New Year to you and yours!!

Posted by Joy Neighbors at 9:00 AM