The story of the mishandling of military remains at Dover Air Force Base in Delaware became a national scandal last week after making news headlines all over the world.

A panel has convened to investigate the claims that the Port Mortuary, located at Dover Air Force Base, incompetently handled the remains of at least 274 U.S. military personnel from November 2003 to May 2008.  An oversight committee will be investigating “violations of rules and regulations, gross mismanagement, dishonesty and misconduct by individuals employed at Port Mortuary.”  (Port Mortuary moved to its new home in the Charles C. Carson Center in 2003 and has handled over 6,300 remains since that time.)

The Air Force has admitted that the number of remains sent to a landfill in King George’s County, Virginia during this 5-year period was vastly larger than originally released. The remains of American service men and women from Iraq and Afghanistan were cremated, taken to the landfill where they were burned, then dumped with medical waste and buried.  Air Force deputy chief of staff for manpower, personnel and services, Lt. General Darrell D. Jones has stated that this was the common practice at the time.

But how does such a situation become “common practice?”   When does it become acceptable to mishandle human remains?

Societies for over 200-thousand years have given dignified treatment to human remains. Respect for the dead is the number one reason.  Burying human remains is a manner in which to show that respect or esteem for the deceased. Burial is also seen as a means of closure, an esteemed end to life as we know it, signifying a time to move on for family and friends.

Cremation is another socially acceptable manner for handling remains.  In the U.S. it is illegal to cremate more than one body at a time in a retort, and the body must be placed in an approved container for the cremation process.  After cremation, the ashes may be placed in an urn or other type of container and then be respectfully buried, scattered or given to the family.

Burial at sea is yet another manner that we use to respectfully deal with human remains.  The deceased may be placed in a casket or enclosed in sailcloth, or their cremated ashes may be placed in an urn or scattered on the sea.

According to Norman Cantor, author of AFTER WE DIE The Life and Times of the Human Cadaver, “a corpse maintains a "quasi-human status" granting it certain protected rights—both legal and moral. One of a corpse's purported rights is to have its predecessor's disposal choices upheld.” Another cadaver right is to be treated with respect and dignity.

What is not right or acceptable is to burn the remains and dump them in a landfill with other waste.  Regardless of how this practice came about, the idea smacks of hypocrisy and abuse.  Even our worst criminals who die in prison are treated with more respect than it appears our military personnel who died in the service of our country received at Port Mortuary.

The story of this insolent situation originally broke last month. Air Force investigators reported that they were tipped off about “serious misconduct” and “gross mismanagement” concerning the handling of remains at the Dover base back in 2010 by civilian mortuary workers.  According to the BBC News, three senior officials, Colonel Robert H. Edmondson, Edmondson's top civilian deputy, Trevor Dean, and director of the mortuary division at Dover, Quinton Keel, were demoted or moved to other departments.  None of the three were fired.

The current Air Force chief of staff, General Norton Schwartz decided last year that burial at sea would be a more dignified way to handle the remains of service personnel. (This has been one of the more accepted methods used by the military for many years.)

As a former reporter, I try hard to remain objective. But as an American citizen, I am stunned and outraged that such callous and offensive treatment would be allowed, explained away as “common practice” and viewed as an acceptable manner to handle the remains of our military personnel – of any person. 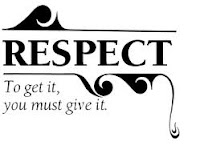 If these charges were levied against a privately held mortuary, the judgment would be swift and the penalties extensive.  The fact that the Air Force chose to see this as acceptable for over five years leaves me wondering about our humanity.  For if we do not have enough humanity to respect our dead, how are we to continue to respect the living?