January was always an interesting month in his life; it was one hundred fourteen years ago this month that he was born, ninety-three years ago that Prohibition was enacted, and sixty-six years since the death of Al Capone, Chicago gangster.

He was born Alphonse Gabriel Capone on January 17, 1899 in Brooklyn, New York.  His parents, Gabriele and Teresina Capone, were Italian immigrants.   Gabriele Capone worked as a barber, and Teresa was a seamstress. Capone was one of nine children.  He dropped out of school at the age of fourteen and was heavily influenced by New York gangster, Johnny Torrio.

Capone started with small time gangs but quickly moved up to Torrio’s Five Points Gang.  This group, made up of Italian-American men and boys, was based in the Sixth Ward (Lower Manhattan) of New York City.  It was during this time that Capone suffered the three slashes on his face that earned him the name, ”Scarface.”

Capone married Mae Josephine Coughlin on December 30, 1918, one month after their first son, Albert Francis Capone, was born.  Shortly after, Capone moved to Chicago. In 1923, he purchased a house for his family in the Chicago neighborhood of Park Manor.

Johnny Torrio recruited Capone and moved him to Illinois in 1919 for potential Chicago “business opportunities.”  With Prohibition now law, Chicago offered gangsters a great opportunity for “bootlegging” – smuggling illegal alcohol - into the city.


Capone organized Chicago’s underworld and quickly made the town his own.  In 1925, Torrio handed over the reigns of “The Outfit” to Capone. During Prohibition, with Capone as the crime boss, the Outfit, also known as the Chicago Syndicate, and the Chicago Mob, made over $100-million dollars per year in revenues from gambling, prostitution, racetracks, night clubs, and the sale of alcohol. (The Chicago Outfit is still in existence.) 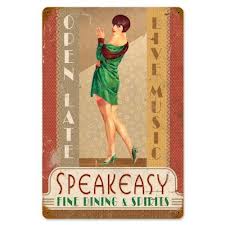 The 1929 Saint Valentine’s Day Massacre, where seven rival gang members were gunned down in a garage, has been attributed to Capone’s order, but facts to substantiate that were never proven.  When questioned, Capone had an alibi – he was at his house in Palm Island, Florida.

Capone understood the benefit of a good PR campaign. He acquired media attention by opening soup kitchens for the poor, and providing clothing to those who could not afford them, providing assistance at his expense.  The way Capone saw it; he was “just a businessman, giving the people what they want." And, because of the effects of Prohibition and the Great Depression, the public wanted to believe him.

In 1930, Capone was named as Chicago’s “Public Enemy Number One.”

Prohibition agent, Eliot Ness, was intent on convicting Capone on bootlegging charges, but never could.  In 1931, Ness settled on arresting Capone for income tax evasion.  Following a long and corrupt trial, Capone was sentenced to 11 years in prison.  He was first sent to the Atlanta Penitentiary, and then moved to the Lincoln Heights Jail in L.A. On August 11, 1934 he was sent to "The Rock" - Alcatraz.


Capone spent the last year of his sentence in the prison hospital, dealing with the disabling effects of syphilis.  He was released from Alcatraz on January 6, 1939, and sent to the Federal Correctional Institution on Terminal Island in California to serve a one-year sentence for contempt of court.

Capone’s reign as Chicago’s lead crime boss was over.  Capone returned to his home on Palm Island, in Florida after prison.  His physical and mental health deteriorated to that of a 12-year-old child. On January 21, 1947, he suffered a stroke. The next day, January 22, 1947 Al Capone suffered a fatal heart attack and died. He was 48 years old.


Capone was buried at Mount Olivet Cemetery on Chicago’s South Side, along side his father and brother, Frank.  In 1950, all three were moved to Mount Carmel Cemetery in Hillsdale, Illinois.

Al Capone was, and continues to be, one of the most notorious gangsters of the 20th Century.