In 1936, Amelia planned a trip where she would fly around the world. Her first attempt in March 1937 barely got off the ground, but on May 21, 1937 Earhart and her navigator, Fred Noonan, set off to make history.

The first 21 days of the flight went without too many hitches until Earhart became ill with dysentery, but the pair arrived safely in Lae, New Guinea on June 29th.

After a short break for repairs and rest, they set off on the next leg of the trip on the morning on July 2nd, heading for Howland Island, a tiny isle in the middle of the Pacific Ocean. This 18-hour flight would be the most difficult and longest section of the entire “Around the World Flight" consisting of 2,200 miles over the Pacific.
They were never seen again.

After almost 20 hours in the air, Earhart radioed the U.S. Coast Guard Cutter Itasca, waiting for her off the coast of Howland Island, "KHAQQ calling Itasca. We must be on you but cannot see you...gas is running low..." 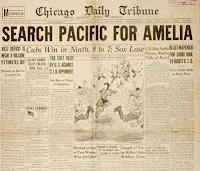 Once it was realized that the pair were missing, the U.S. Navy began a massive search across the ocean. After two weeks of intensive searching, the world received the grim news that Earhart, Noonan, and the Lockheed Electra had vanished.  They were never found.

Two theories have continually circulated over the years regarding Amelia Earhart’s disappearance. The first claimed that the “Around the World Flight" was actually a cover for Earhart who was a spy, commissioned by President Franklin Roosevelt to perform surveillance on the Japanese in the Pacific Ocean.  Theorists claimed that her plane had been brought down in the Pacific.

The second theory suggested that Earhart and Noonan survived the crash but were taken prisoners by the Japanese.  Evidence was never found to support either assumption.

Then in July 2012, the International Group for Historic Aircraft Recovery (TIGHAR) performed an underwater search with a Remote Operated Vehicle (ROV) off the Nikumaroro Island (formerly Gardner Island) coast. They identified a small man-made debris field at a depth of about 200 feet. 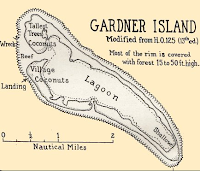 TIGHAR has made over 10 expeditions for the Earhart Project since its inception 27 years ago. The group has recovered and verified several artifacts that suggest Earhart and Noonan may have ended up on the tiny uninhabited atoll known then as Gardner Island, about 350 miles southeast of their intended destination, Howland Island.

Other clues that they may have landed there include a woman’s shoe, a Benedictine bottle, 1930’s medicine bottles, an empty sextant box, and the remains of campfires, along with over a dozen human bones belonging to a white female approximately 5 feet 7 inches tall; all were discovered on the island in 1940.  The description of the remains profiles Earhart but the bones have since been lost.

In March, TIGHAR released sonar images off the island’s coast that shows a straight, unbroken anomaly about 22 feet in length that could be the fuselage of the Lockheed Electra, resting in about 600 feet of water. TIGHAR missed the area by only a few hundred feet when using the ROV last year.


And just three days ago a set of 43 original photos taken in December 1938 were released from the New Zealand Air Force Museum that potentially show aircraft debris and places human activity had occurred on Gardner Island (now Nikumaroro Island) where it is believed the Lockheed plane crashed. Did Earhart and Noonan survive a crash and live as castaways on the island, waiting for a rescue that never came?  TIGHAR will travel to New Zealand next month to investigate the newly discovered photos. 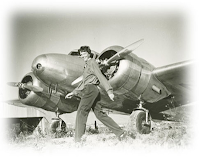 TIGHAR has projected that it will take $3,000,000 to put together another expedition that can begin to verify and answer the questions that continue to arise. Only time will tell what truly happened to Amelia Earhart and her navigator Fred Noonan, but after 76 years it seems that the time has come to discover the truth.