Bockscar - A Look Back at the Plane That Ended WW II

From August 6 through 9, 1945, the Allies bombed Japan with two atomic weapons, finally bringing the War in the Pacific, and World War II to an end.

It was Monday August 6, 1945 when the Allies dropped the first atomic bomb on Hiroshima, Japan. The bomb, nicknamed “Little Boy,” was dropped the Enola Gay, a Boeing B-29 Superfortress. Allied officials hoped that this would end the war. If not, Allied troops would invade Japan in November of 1945. (The Allies had estimated that casualties would range from 250,000 to over one million, if that occurred.)

Although tremendous damage was inflicted, Japan refused to surrender, mistakenly thinking that the Allies only had one atomic bomb.

Three days later on August 9, a second atomic bomb was dropped on Japan, this time on the city of Nagasaki. The second bomb, nicknamed “Fat Man,” was dropped by a B-29 Superfortress called Bockscar. 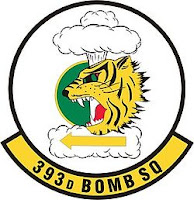 Both B-29 planes were part of the 393d Bombardment Squadron in the US Army Air Force (USAAF).

Although the Enola Gay and her captain, Paul Tibbets and crew, are remembered for dropping the bomb on Hiroshima, it was the second bomb, dropped by Bockscar that ended the war. But Bockscar was never scheduled to be the plane to drop the bomb!


The plane that was to have dropped “Fat Man” was called The Great Artiste, under the command of Major Charles “Chuck” Sweeney. The bombing run was scheduled to occur on August 11, but due to the probability of bad weather, the date was moved up to the 9th.


The Great Artiste was getting a new fuel tank installed and would not be ready in time for the advanced date. Officials decided to substitute Bockscar as the drop plane with Sweeney and his crew at the controls.

And the city of Nagasaki was not the original target. Instead, the industrial city of Kokura had been selected for the second bomb but due to poor visibility over that city on the morning of August 9th, the bomb could not be dropped. Sweeney had been ordered not to release the bomb unless he could visually see the target. Since Kokura was obscured, Sweeney flew on to the back-up target, Nagasaki.

At 11:02 am the second atomic bomb, weighing over 10,000 pounds, and carrying highly enriched plutonium, plunged toward the earth. Just 43 seconds later the bomb detonated about 1,500 feet above the ground. In a blinding flash, more than 40% of Nagasaki was destroyed.

The death toll from both bombs was overwhelming. When Hiroshima (population 350,000) was hit, over 70,000 people were killed. But another 70,000 to 130,000 died during the next five years from radiation poisoning, burns or other injuries related to the bomb.

In Nagasaki, a city of 270,000, the death toll was near 74,000 with another 75,000 injured. Hundreds of thousands more would die of the fallout and radiation poisoning in the coming years after the bombing.

On August 14, 1945 Japan surrendered unconditionally. After four years of vicious warfare with the US(since Pearl Harbor), most Americans expressed no ethical quandaries about dropping two atomic bombs on Japan. Most took it in stride as a part of war and the necessary price to pay to end it.


After the war, Bockscar returned to the US in November 1945. Just one year after dropping the nuclear weapon on Nagasaki, Bockscar was given to the National Museum of the US Air Force (US Air Force Museum) http://www.nationalmuseum.af.mil located at Wright-Patterson Air Force Base in Dayton, Ohio. She spent 15 years in storage at an airfield in Arizona before heading to her final home.

On September 26, 1961 Bockscar made her last flight. Bockscar’s original markings and nose art were restored and she was put on permanent display, next to a replica of the bomb, “Fat Man” in the museum’s World War II Gallery.**

The bombings are also remembered in Japan. The Nagasaki Atomic Bomb Museum http://www.city.nagasaki.lg.jp/peace/english/abm was first opened in 1966 as a remembrance of the second atomic bomb dropped there. In 1996 a new building was completed in that city.

The museum is home to exhibits, relics, and recordings of survivors who lived to tell their stories. Located next to the museum is the Nagasaki National Peace Memorial Hall for the Atomic Bomb Victims http://www.peace-nagasaki.go.jp/english. The Memorial Hall was built in 2003 on ground zero.

The Nagasaki Atomic Bomb Museum has summed up the historic happenings of 68 years ago best: “We also consider it our duty to ensure that the experience is not forgotten but passed on intact to future generations. It is imperative that we join hands with all peace-loving people around the world and strive together for the realization of lasting world peace.”

** As a volunteer and tour guide at the US Air Force Museum during the 1990’s, I was always amazed at the number of Japanese tourists who wished to visit Bockscar and be photographed with the plane. I have actually sat in the bombardier’s seat and looked through the bombsite. All those years later the atmosphere in that plane is still heavy, and the feeling when looking through that bombsite - chilling.