It had been a chilly night in Whitechapel but the day promised to be fair and full of fun. After all, it was November 9th the day of the annual Lord Mayor’s celebrations. But the day would not bode well for some.

Just before 11 a.m., Thomas Bowyer knocked on the door of 13 Miller’s Court, the flat where Mary Jane Kelly lived. He had been sent to pick up the rent money she was six weeks behind on. When there was no answer, Bowyer peered in a window - and discovered Kelly’s mutilated corpse lying on her bed. She would be the final victim of England’s notorious Jack the Ripper.

Mary Jane Kelly or Marie Jeanette, as she was sometimes called, was born in Limerick, Ireland in the early 1860s of well-to-do people, or so she said. Nothing is really known of her family or upbringing. She married a coal miner named Davies around 1879 but he died in a mine explosion a couple of years later.

Kelly claimed to have lived with family until she began working as a prostitute in the early 1880s. She told of being taken to France to live as a courtesan but said she did not like the country and returned to England. She lived with several men in the East End before moving in with Joseph Barnett in 1887.

Barnett worked at Billingsgate Fish Market for a time, but when he lost his job, Kelly began to turn tricks again. After an argument about another prostitute staying with them, Barnett moved out of the room they shared in Miller’s Court on October 30th, just ten days before her body would be discovered there.

Mary Jane was a quiet woman when she was sober. She could sometimes be heard singing Irish ballads, but when she was drunk she could become quarrelsome, even violent.

On the night of November 8th, Kelly was seen taking a man into her room around midnight. Then about 2 a.m. local laborer George Hutchinson met her coming down the street. She asked him for a loan of sixpence. He refused, telling her that he was broke. Hutchinson watched as she approached another man, one he described as being of “Jewish appearance.”  He followed them to Kelly’s room and stood watch until almost 3:00 a.m.

Three days after Kelly’s murder, Hutchinson provided police with a very detailed description of the man he had seen her with – down to the color of his eyelashes – although it had been a dark winter night.

The police were divided on whether Hutchinson could be the Ripper. Inspector Fredrick Abberline questioned him and felt he was telling the truth.

Assistant Commissioner Robert Anderson believed that Hutchinson knew too much about what had happened and considered him a suspect. Many believed Hutchinson had made up his story and description just to get attention, and possibly be paid for his story by the press.

Two women living in the house reported hearing a faint cry of “Murder” around 4 a.m., but being that they were in Whitechapel, neither investigated it.

Police finally broke into her room at 1:30 p.m. and discovered the true extent of the mutilations. The abdominal cavity had been emptied, the breasts sliced off, and the face hacked up beyond recognition. Blood was everywhere. The remains of a fire that had melted solder on a pot still smoldered in the fireplace.

Mary Jane’s body was taken to a mortuary in Shoreditch where Dr. Thomas Bond and Dr. George Bagster Phillips examined it. The time of death was said to have occurred between 2 a.m. and 8 a.m. Phillips said that the mutilations took about two hours to perform.

Barnett identified her by recognizing “the ear and the eyes.”

An inquest was held on November 12 at Shoreditch Town Hall and lasted one day.

Phillips stated that she was killed by a slash to the throat and was cut up afterwards. According to Dr. Bond the murder was not committed by someone with any medical skills, “In each case the mutilation was inflicted by a person who had no scientific nor anatomical knowledge. In my opinion he does not even possess the technical knowledge of a butcher or horse slaughterer or a person accustomed to cut up dead animals.”

Mary Jane Kelly was buried on November 19, 1888 at St Patrick’s Roman Catholic Cemetery in public grave number 66, row 66, plot 10. Joseph Barnett and her landlord John McCarthy attended the funeral. In the 1950s, Mary Jane Kelly’s grave was reclaimed. A plain marker was put in the vicinity of the grave in the 1990s. 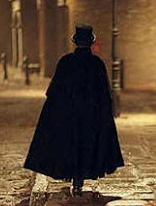 This ended the murder spree of Jack the Ripper. It has been 125 years since that terrible autumn of 1888. Although many suspects have been identified,  no one has ever been undeniably determined to be Jack the Ripper, Britain’s most notorious serial killer.