Funerals Online - Mourning on Your Monitor 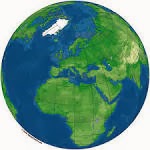 It’s the beginning of a new year. And each year, it seems, we make technical advances that delight, astound, and make the world a smaller place.

Take, for example, the ability to attend a funeral – online. We have been able to watch the funerals of celebrities and political figures on television for years; now we can “attend” a virtual funeral.

And not only you can attend; you can also send flowers, express your condolences, and view the obituary and funeral program, all from your phone or mobile device.

For far-flung family and friends, this is a welcome answer to travel dilemmas and financial restrictions. Older folks are now given an opportunity to attend a funeral without encountering the problems of bad weather or the lack of transportation.

The idea has been well received in the Jewish community where funerals must take place within 48 hours of a person’s death. Those serving in the military have also expressed appreciation for the chance to attend a funeral when logistically they could not have done it in person. 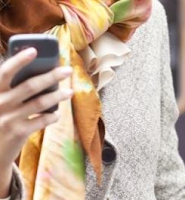 While the idea of virtual funerals may be new, statistics indicate that over 50% of Americans already watch digitally streamed programs on their phones or mobile devices. We have become a visual culture that understands and accepts the need for this type of service.

The number of funeral homes around the country adding this option to the growing list of services is increasing. Many now offer the option of a live funeral webcast, one that is archived, or both. Digital photos and testimonials can also be made available. 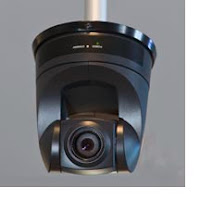 So how does it work? A tiny unobtrusive camera mounted at the rear of the chapel films the funeral service.

The camera is linked to a computer with software that allows the video to be streamed live. Those attending via webcam can sign in with a password. They can then attend the services and acknowledge their presence to the family. Programs can be made available online. When mourners arrive at the cemetery, GPS can locate the gravesite, and the coordinates can be used by others who may wish to visit at a later time.

Some funeral homes have even gone a step further and offer not only the webcam option but also projectors, screens and computer equipment so that a friend or relative can Skype while sitting in front of a computer and actually appear on the screen at the funeral home to offer a eulogy or words of remembrances during the service. 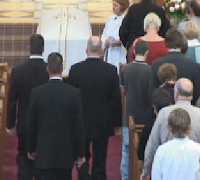 People who have utilized webcast funerals have expressed satisfaction at being able to have those far away join the family at the funeral, thereby making it a true family experience. Death is a distracting and numbing event for families. By recording the service, family members can also revisit it, giving them a chance to remember happenings they might have missed.

National Webcast http://www.nationalwebcasts.com a company that offers such services to funeral homes says that the demand has grown 250 percent since 2011.  FuneralOne http://www.funeralone.com offers a program called “Life Tributes” that includes webcast and recorded funerals, tribute videos, and memorial websites. The company reported only 126 web cast funerals in 2008. Now the number is in the thousands. 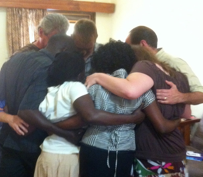 But does this sound the death knell for funeral homes and traditional services? Most funeral directors think not. After all, a funeral service is for remembering and sharing. It is about the human experience, memorializing the deceased and supporting the loved ones left behind. Those who can personally share that grief with the family will do so. A funeral online just opens up another way for those who could not have attended in person to also have closure, allowing “the sorrows of one to become the sorrows of many”
virtually.