Bones of Contention and Disappearing Bodies

“Rest in Peace” - it’s more than comforting words said at a funeral. The phrase expresses a desire for the deceased to be granted eternal repose and tranquility; calmness after life’s hectic journey. But there are some who had a rough road to travel, even after death...

Paine left England for the U.S. in 1774. On January 10, 1776, he published one of his best-known works, Common Sense.  The pamphlet was an immediate success and sold over half a million copies during the Revolutionary War. Paine later moved to Paris and was an ardent supporter of the French Revolution.

He returned to the U.S in 1803 and lived out his life an outcast due to his attitude toward organized religion. Paine died on June 8, 1809 in New York. In his obituary it was written, "He had lived long, did some good and much harm." Paine was buried under a tree on his small farm with six mourners in attendance.

In September 1819, Paine’s body was dug up and shipped to England by English journalist and pamphleteer, William Cobbett. Cobbett hoped to build a monument to Paine where his body could rest in honor, but ran out of money before project was completed. Paine’s body remained in a trunk in the attic for over 20 years, until Cobbett died in June 1835. 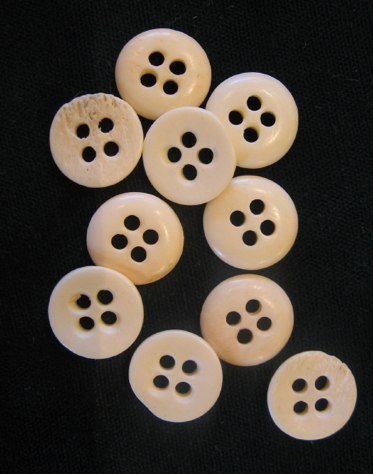 It is not known what happened to Paine’s body – it simply disappeared. It was rumored that the bones were made into buttons but that was never proven.

In the early 1830s, a French taxidermist, Edmund Verreaux stuffed, preserved and mounted the body of an African San male found in the Kalahari Desert. Verreaux then took the body on tour through Europe during the 1830’s.

In 1916, the bushman’s mummified body was acquired by the Darder Museum of Banyoles, Spain and given the name El Negro. The mummy was polished a darker color and placed on display. It remained there until March 1997.

In 2000, the remains were sent to a museum in Madrid where the artificial spine, eyes, hair, and genitals were removed before the skull and bones were placed in a coffin and returned to Botswana. There the bushman was finally given a dignified burial in a national park.

He was known as “The Little Tramp,” but Sir Charles Spencer Chaplin was more than a silent film star. He was also a filmmaker and composer. Chaplin died on Christmas Day, 1977 at the age of 88 and was buried in the Vevey Cemetery, in the village of Corsier, Switzerland.

But in March 1978 two men dug up the grave and stole the body.
Chaplin’s widow, Lady Oona Chaplin received a ransom note demanding £400,000 ($650,000 US), which she refused to pay stating, “Charlie would have thought it ridiculous.”

Eleven weeks later police arrested two auto mechanics, Roman Wardas and Gantscho Ganev, after they had made another phone call to Chaplin’s widow. The two led police to Chaplin’s body buried in a cornfield about 10 miles from his original resting place. Wardas, the ringleader, was sentenced to 4 years in jail, while Ganev was given an 18-month suspended sentence.

Chaplin was reburied in same grave, but this time his coffin was enclosed in reinforced concrete.

Abraham Lincoln – 16th President
When Lincoln was assassinated in April of 1865, the Civil War was drawing to a close, and most of the country was ready for peace. But with news of the President’s murder, thousands lined the nation’s railroad tracks to pay their respects, and watch the funeral train pass by.

After stops in 12 cities to allow over 5 million people to view the body, Lincoln was interred in a tomb at Oak Ridge Cemetery in Springfield, Illinois. But he did not rest in peace.


In 1876, a band of counterfeiters attempted to steal his body. The plan was to take Lincoln’s remains and hide them in the sand dunes of northern Indiana until a ransom of $200,000 was paid.  The gang was also going to demand the release of one of their members from prison.

A police informant, who had infiltrated the group, alerted the secret service of the plan. Although the grave robbers got away, they were rounded up a few days later, tried, and sentenced to one year in the Illinois State Prison.

Lincoln was reburied in the mausoleum, but it was his son, Robert Todd Lincoln who could not rest easy now. In 1901, he had the remains disinterred and placed inside a steel cage that was buried 10 feet beneath the floor of the tomb.  The cage was then encased in 4,000 pounds of concrete so it could never be opened again.

Elvis Aaron Presley was one of the most significant cultural icons of the 20th century. When he died in August 1977, the world mourned. Presley was buried in the family mausoleum next to his mother, in Forest Hill Cemetery, Memphis Tennessee.

But a couple of weeks after his burial, Ronnie Tyler,
Raymond Green, and Bruce Nelson decided to steal the body. Possibly seeking media coverage, they informed a local reporter about their intended heist. The police were notified and were waiting at the mausoleum, where they arrested the three men. All were charged with criminal trespass but the case was dismissed.

Elvis’s coffin was removed from the family mausoleum, along with his mother's. Both are now interred in the Meditation Garden at Graceland, Presley’s home in Memphis.


Gram Parsons – “Dim Lights, Thick Smoke, and Loud, Loud Music”
He was born Cecil Ingram Conner III but professionally went by the name of Gram Parsons. Born in 1946, Parsons was a pioneer of the country/rock music genre.  He was the founder of the International Submarine Band, and a member of the Byrds and The Flying Burrito Brothers bands, before touring with Emmylou Harris.

On September 19, 1973, Parsons died of a massive drug overdose. His family arranged for the body to be sent home to Louisiana for burial, but Parsons' manager and friend, Phil Kaufman had made a pact with him. Whoever died first was to take the other’s remains out to Joshua Tree National Park and cremate him.

Kaufman held to his end of the bargain, arriving at L.A. International Airport to intercept the coffin before it was put on-board a plane. Kaufman and a friend then drove Parsons' body to the park, doused it with gasoline and set it ablaze. A few days later, both men were taken into custody. However, there was no law against stealing a body, so both men were fined $750 for stealing the casket and released.

Parsons' remains were eventually sent to Louisiana where he was buried in the Garden of Memories in Metairie.

And, there are many more unusual tales of "traveling" bodies after death, proving that you just never know what will happen next - even after you die ...