NOLA Museum of Death – Not For the Faint of Heart 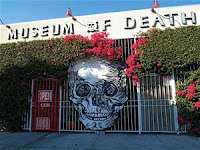 Twenty years ago the Museum of Death opened in Hollywood. Now, another branch has opened in … where else …the Big Easy. What a perfect location for some fairly graphic exhibits that might make you queasy, but intrigued.

Located in the French Quarter of New Orleans, this macabre museum has hundreds of exhibits including crime scene photos, funeral garments, letters written by serial killers, items that belonged to Nicole Brown Simpson, and the Thanatron; the suicide machine constructed by Dr. Jack Kevorkian to assist those who wished to die. The machine was used over 130 times.

Co-founders Cathee Shult and J.D. Healy first started the museum in California in 1995 for the purpose of bringing those fears about death that we Americans have, out in the open. Other cultures see dying as simply part of the cycle of life, but we fear it, and avoid thinking about it, for the most part. This is our wake-up call.

The Museum of Death is an in-your-face reminder that “this too, shall pass” and it offers up many examples of just how death can occur. While there are no age limits at the museum, they strongly recommend that "Mature Audiences" only attend.

The NOLA Museum of Death has numerous exhibits including Manson Family photos, morgue photos, body bags, coffins, skulls, and execution items along with an exhibit on cannibalism, and the Theatre of Death, where you can watch programs about all kinds of death.

The NOLA museum is much larger than the one in Hollywood, and many exhibits here are in keeping with murders and events that have occurred in the state and southeast region. The Museum of Death in New Orleans had its officialgrand opening on June 1, 2015. It is open Wednesday through Monday, 10 am to 6 pm and closed on Tuesdays; admission is $15 per person. 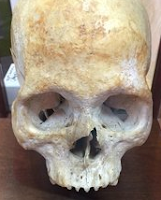 Many are not prepared for what they’ll see at the museum. Several patrons have given the museum a “Falling Ovation.” (In other words, they passed out.) This action warrants a Museum of Death T-Shirt as a souvenir to remember them by.

Once you step out into the bright daylight, you’ll be glad that you’re alive, and that, according to the owners, is the whole point of the museum.