Gone to the Summerland 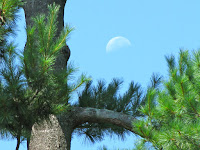 Recently I saw a grave with the inscription, “Gone to the Summerland” and wondered what it meant.

It seems every religion has a place where the soul goes when the body dies. For Wiccans that place is called the Summerland. It’s not like the Christian version of heaven or hell but more of a crossover place for the soul to await its reincarnation and a new life. 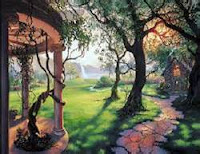 Wicca and some pagan religions describe the Summerland as a place with grassy fields and flowing rivers where it is eternally summer. Others have described it as a swirl of energies, which coexist with the God and Goddess.

The name Summerland was coined by the Theosophical Society, which was founded in 1875 in New York City. The organization remains active in more than 50 countries around the globe.

Theosophist Charles Webster Leadbeater taught that if you were a good person in life, you would go to the Summerland, a place to rest your soul, review the past and reunite with loved ones, between incarnations. This belief is similar to that held in Buddhism, Hinduism and other Indian religions. 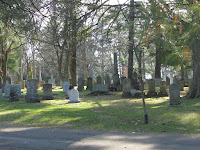 Most Wiccans believe in the Summerland and the spiral of life, death and rebirth, but beliefs vary from group to group just as different denominations of Christianity have different beliefs. 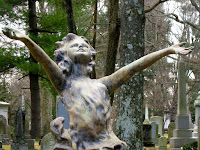 Once the cycles of reincarnation are completed, it is believed that the soul goes on to Nirvana; a divine and blissful existence.