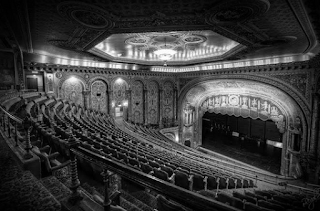 Theatres are the homes of stories acted out with all the emotion, rivalry, and angst of real life events. Actors are known to be temperamental, and accidents, suicides, and murders are high on the list for providing theatres with their resident ghosts. Whether a grand dame in New York, a small community theatre in the Midwest, or a tiny Black Box theatre out West, there’s more spirit on the stage than you might think. In fact, many ghost actors refuse to take that final curtain call, preferring instead to tread the boards for eternity. In Syracuse New York,  the Landmark Theatre is one such place… 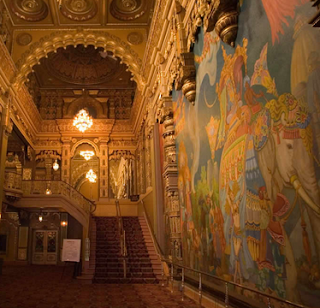 The hauntings began two years after Loew’s State Theatre opened in 1928 in Syracuse, New York. Built by Marcus Loew, the gilded movie palace held over 3,000 seats and showed silent films and “talkies.” For silent movies, the majestic Wurlitzer organ provided music and numerous sound effects. With 1,400 pipes, the theatre would come to life with music, birdsong, hoof beats and animal sounds. A Tiffany chandelier graced the lobby, and the grand staircase led to the Promenade Balcony where a fishpond with a Chinese pagoda fountain could be found.

The theatre continued through the Great Depression and into World War Two showing newsreels of battles and air wars, and popular Hollywood war films starring Clark Gable and John Wayne. But by the 1970s, it had fallen on hard times. The organ and the chandelier had been sold, and vandals had destroyed the rich fabrics, gilded walls and stories-high murals. The theatre seemed doomed to the wrecking ball. But thanks to some sharp thinking citizens, the Loew State Theatre building was listed on the National Register of Historic Places in 1976, saving the grand dame from demolition.

Today there are three ghosts said to haunt the Landmark Theatre. The most “friendly” is Clarissa, an actress who fell from the balcony. The scent of lilacs, her favorite flower, trails her as she meanders across the stage. But she has no tolerance for smokers. Light up a cigarette and Clarissa may appear to remind you to douse the “coffin nail.” Clarissa is seen as a wispy white figure who floats through the building. Ghost hunters have captured a woman’s voice saying, “I fell off.” Could it be Clarissa explaining what happened to her that fateful night in 1930? 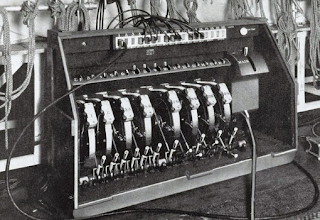 A stagehand known as Oscar also keeps watch over the theatre. Oscar was electrocuted one night while working on the lighting board. Today he is known to flip the lights on and off when he’s restless. Oscar can provide a shocking experience if sighted still puttering around with the current theatre’s lighting board. 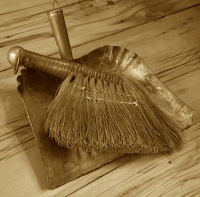 Then there’s Charlie the janitor who lived in the theatre basement as a caretaker during the 1970s. Charlie died of natural causes downstairs but he still takes his job seriously. Piles of dirt and debris are moved around the theatre as Charlie continues to clean up. 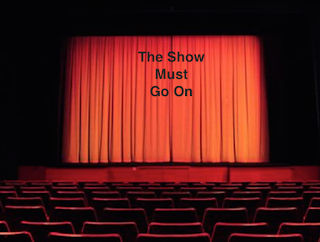 In 2011, the Landmark Theatre held a grand opening after a 16-million dollar renovation. The theatre now holds haunted tours to showcase their resident spirits. These annual fundraisers are held in October with the assistance of the Central New York Ghost Hunters.
Today, the Landmark is home to Broadway musicals, stage plays and private events. And also to an actress, stagehand and janitor who still believe that "the show must go on."
~ Joy