The Great Molasses Flood of 1919

One hundred years ago, Boston was deluged in one of the stickiest messes it’s ever had to face. Around midday on January 15, 1919, a 58-foot tall storage tank at the Purity Distilling Company, a subsidiary of the United States Industrial Alcohol Company, burst apart releasing more than two million gallons of hot molasses. According to The Boston Globe, there was a “tidal wave of death and destruction stalking through the North End.” The sudden release of millions of gallons of molasses sent waves of the sticky substance surging between 15 and 40 feet high through the area.

Why were millions of gallons of molasses being stored in Boston? The molasses was held waiting to be processed into industrial alcohol, according to United States Industrial Alcohol Company.

Known as the Great Molasses Flood, the syrup covered people, horses and automobiles. Workers ran for cover as rivets popped loose from the tank and peppered the area like bullets. Structures were knocked off their foundations including the fire station - home to Fire Boat 31. The Boston Elevated had just passed the tank before it burst. Molasses then surged out leveling the elevated trestle with a wave of syrup as the tracks fell to the street below.

Twenty-one people were killed; two were 10-year-old children walking home for lunch. Seventeen more were nearby workers. Most died of suffocation as the molasses congealed quickly in the cool winter air hampering rescue efforts. More than 150 people were injured. Dozens of horses were killed in the flood of syrup. Railroad clerk Walter Merrithew was trapped against a freight shed where he hung several feet above the ground watching horses trying to outrun the rushing brown substance. Rescue attempts took four days, and clean up of the area took another six months to complete. Damage to the city was estimated at around $100 million.

The court battle was one of the longest in the history of Massachusetts. Rumors of anarchists with a bomb were floated by US Industrial Alcohol Company, parent company of Purity Distilling. Others said the molasses had fermented in the tank, which led to the eruption. More than 3,000 witnesses were called to testify including engineers, scientists, and metallurgists. It took six years before investigators ruled that shoddy tank construction was the cause of the explosion. The United States Industrial Alcohol Company was found to be at fault and ordered to pay  $1 million dollars in damages. 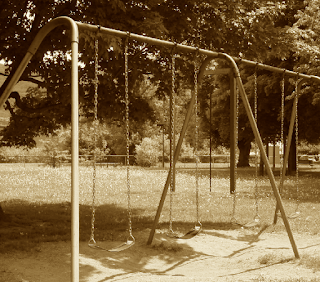 In 2015, researchers determined that the disaster was indeed caused by the thin steel used in the design of the tank. The casualty rate was aided by the chilly winter air, which caused the molasses to thicken quickly trapping people as it rolled through the neighborhood.
Today the location of the plant where the tank was stored is now a recreational complex. Some say on extremely hot summer days you can still catch a whiff of molasses...
~ Joy
Posted by Joy Neighbors at 5:30 AM