Who Was Guy Fawkes? 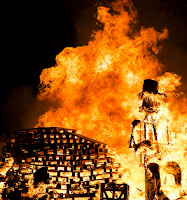 Guy Fawkes Day is celebrated every November 5th throughout the United Kingdom to commemorate the foiling of the Gunpowder Plot of 1605.

Guy Fawkes was a member of the “Gunpowder Plot” – a group of Roman Catholic conspirators who plotted to blow up the House of Parliament in retaliation for Protestant King James’ refusal to allow religious tolerance.

Thirteen men were in on the plot to kill King James and the attending members of Parliament. They hoped to reestablish Catholic rule in England by replacing him with his daughter Princess Elizabeth – third in line of succession.

Someone betrayed the men and Guy Fawkes was discovered in the cellar with 36 barrels of explosives, ready to light the fuses. Fawkes was arrested and tortured to give up the names of his co-conspirators. He refused to name names but did confess that he was in on the plot. Fawkes was tried along with the others.  The jury found all guilty of high treason. And the punishment was severe.

During the sentencing, Attorney General Sir Edward Coke informed the court that each condemned man would be drawn backwards by a horse to his death with his head near the ground. Each would be hung slowly as their genitals were cut off and burnt before their eyes before their bowels and hearts were removed. Each body would then be decapitated and the dismembered parts displayed throughout the kingdom as a lesson to others. 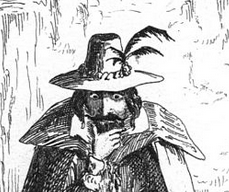 Guy Fawkes was indeed executed on January 31, 1606, the last of the men that were convicted, but not he did not die in the manner prescribed by Coke. It is unknown if Fawkes jumped to his death or was aided by the hangman but he was decidedly dead before his body was mutilated.

That same year, Parliament declared November 5th a day of thanksgiving and celebration. Today, celebrations still held in the United Kingdom with parades and feasts. Bonfires are lit and effigies of Fawkes are thrown on to burn. Fireworks are also incorporated in the celebration as a reminder of the gunpowder that was never used by the potential arsonists.

A rhyme from the 18th century encapsulates the Gunpowder Plot: 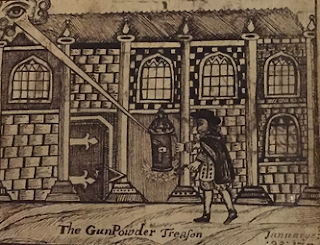