Finding the Forgotten in an Insane Asylum’s Graveyard 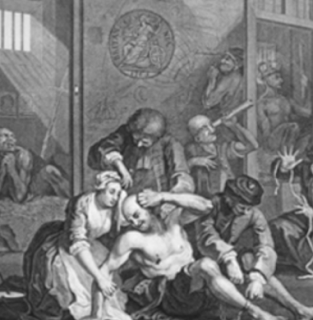 When this country was founded, those who suffered from mental illness were accused of practicing witchcraft and being under demonic possession. Many of them were left untreated at home or sent to poor houses, imprisoned, or as with the Salem Witch Trials, put to death.
The first insane asylum in the U.S. was located in Williamsburg Virginia. Founded in 1773, Eastern State Hospital was built to deal with the “lunatics of society.” 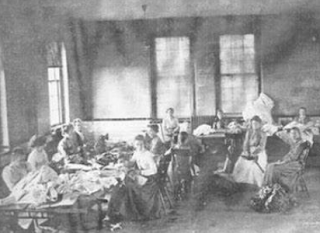 In the 1800s, these facilities housed those who suffered from melancholy, dementia, female complaints including "suppression of menses,” masturbation, hysteria, epilepsy and chronic mania could land you in an institution for the insane – “for their own good.”
Patients/inmates were placed in rooms that were basically cells if they were deemed to be dangerous. Treatment could include restraints, shock water treatments, bleeding, strong drugs, insulin coma therapy, electroconvulsive therapy, and lobotomies.
Insane asylums became popular in the mid-1800s and their acceptance continued until the early 1960s. In 1955, more than 560,000 patients were living in a state mental institution. It was not until President John F. Kennedy signed the Community Mental Health Centers Act of 1963 that funding was allocated to create new mental health facilities around the country. By the 1970, the number of patients at mental institutions in the U.S. was decreasing, and by 1977 only 160,000 remained institutionalized. Democratic President Jimmy carter established the Mental Health Systems Act of 1980. This act restructured federal health care centers in communities throughout the nation by strengthening ties between local, state and federal groups. 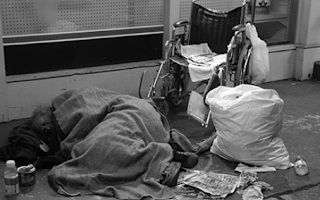 In the 1980s Republican President Ronald Regan’s sweeping budget cuts severely cut assistance for the mentally ill and most funded hospitals and group homes were closed. As states saw this funding disappear those who suffered from mental illnesses were turned out on the streets to fend for themselves. Today 20 % of prison inmates have been diagnosed with a mental illness. The national trend of moving patients out of mental hospitals and into community care has come with a price. With insufficient funding for community-based care and residential programs, the mentally ill have nowhere to go for services. This is the reason so many are 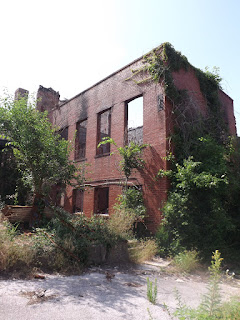 now ending up in jails and prisons – facilities that are not equipped to deal with these problems.
Today, most institutions are closed, left abandoned as relics of a sordid, and at times inhumane history. And few are willing to tell the stories of those who lived there, in an attempt to pretend this era of mental health didn’t exist in our country. But some former insane asylums are trying to make reparations and educate the public about his dark time in our history.
In Indianapolis Indiana, Central State Hospital for the Insane officially closed its doors in 1992 after more than 100 years of operation. The Indiana Medical History Museum, located in The Old Pathology Building on the hospital grounds is working to humanize the patients of Central State. Research is being done to attribute personal stories to those who lived in the hospital. The vast collection of brains and tumors seen floating in glass specimen jars filled with formaldehyde were removed from deceased patients and used to advance the research and understanding mental illness.

Unveiled last summer, the project is known as “Rehumanizing the Indiana Medical History Museum Specimen Collection.” A card accompanies each specimen that tells a more personal story about the patient; things like where they came from, when they were admitted and what for, and what they died of. The museum hopes this will help visitors connect with the humanity of these patients, understanding that these are not just specimens but stories of lives that should to be told about this questionable era. 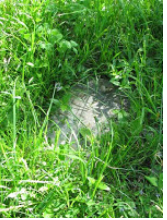 The Indiana Medical History Museum is also working with Ball State University’s Applied Anthropology Laboratories to locate the missing graves of residents who lived at the institution from 1896 to 1905. Using ground-penetrating radar (GPR), students are finding the graves of patients buried in the hospital’s first cemetery located northwest on the grounds, adjacent to the Old Pathology Building. Grave markers for the cemetery were removed in the 1950s so ground crews could care for the property in a more efficient manner but the identity of hundreds of patients has been lost. A fund has been set up to assist with the cost of locating, identifying and memorializing those who were buried here.
~ Joy
Posted by Joy Neighbors at 5:30 AM