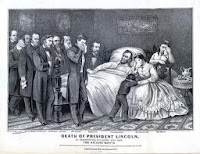 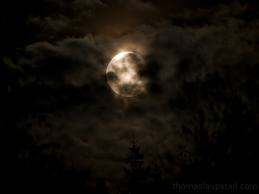 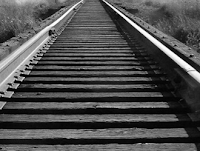 Over the centuries, numerous systems have been used to transport the dead to their final resting places. In ancient times, a procession of mourners would bear the wrapped body to the burial grounds.   Transportation of the body has continued to changed throughout time to accommodate whatever modes of transportation we have available.

With horses and the invention of the wheel, a bier would be used.  This flat wooden frame could be used to carry the shrouded corpse to the burial location and then used to display the body.  A bier is still used today, but is now made from aluminum and is on wheels.  Known as a ‘church truck,’ it is draped with cloth to create a more dignified display, but is still easy to move.
When the population began moving into and out of the countryside, a means of transporting a body to or from the city became necessary.  Corpse roads were created and provided a sensible means by which to relocate the body from a rural community to a parish cemetery or chapel.  In Britain, these roads were also known as bier roads, coffin roads or lych ways.

Superstitions and legends abound about these roads regarding ghosts, spirits and wraiths tormenting travelers or following mourners home.  There are old cemeteries created around mazes.  This was done as a way to confuse the dead and keep them from returning as a spirit.  In the 19th century, the deceased was to be carried out of a house feet first to keep the spirit from looking back and beckoning others to follow.  Even today, some still consider it prudent for the funeral procession to return from the gravesite by a different route than the one taken with the deceased.
Trains were also a way to transport the deceased.  A funeral train is one that has been contracted to carry a coffin or coffins to the final location.
In London, the first funeral train left the Necropolis Railway Station on November 7, 1854.  The train carried the dead and their mourners to Brookwood Cemetery.  Even the deceased’s final ride was based on their station in life.  If the deceased was traveling on a first class ticket, more attention was paid to their transport and more care taken with the body.  The train ran seven days a week from 1854 until 1900.  Trains were then scheduled on an “as needed basis.”  They continued to run until 1941 when the station was bombed during the Blitz.
When President Abraham Lincoln was shot in Washington, D.C., in 1865, his body was carried back to Springfield, Illinois by train.  The train took almost 2 weeks to make the 1,654 mile journey, due to numerous stops to allow the public a final goodbye.  Lincoln’s train was the first time a president’s body had been borne across the country by rail.

Hearses are what we think of when the subject of moving
a dead body comes up.  Hearses have always come in many shapes and styles.  Hearses drawn by horses were ornate, stately, and many times glass enclosed.
When the automobile took over in the early 1900’s, hearses took on a variety of shapes that suited the vehicle’s body.


Some hearses were known as combination cars – a combination of an ambulance and hearse, equipped to carry gurney or a coffin.  These were popular from the 1950’s through the 1970’s.  They were discontinued in 1980.  The Caddy used in the movie ‘Ghostbusters’ was a combo 1959 Miller Meteor coach.
In the U.S., a hearse is usually crafted from a luxury brand of auto like Cadillac or Lincoln.  The body is more of a landau style with heavy vinyl padding on the roof.  The windows are curtained.
In England, Mercedes-Benz, Jaguar and Rolls-Royce luxury cars are used as hearses.  The limousine style is more popular, and the windows are left uncovered.


In Japan, a hearse may be a small ornate Buddhist temple covering the rear of the vehicle.  Nissan and Toyota are two companies that build these types of hearses.


There are also the unique hearses and burial vehicles, such as a motorcycle with a side hearse.


A space burial in which the ashes of the deceased are enclosed in a capsule about the size of a lipstick tube, and launched into space using a rocket.

Then there is symbolic transport, such as the rider-less horse, usually found following the hearse, or caisson, carrying the casket.  In the U.S. this is part of military honors given to an officer with the rank of Colonel or above.  U.S. Presidents and the Secretary of Defense are also honored in this manner.  Abraham Lincoln was the first U.S. President to receive such an honor.

You’ll notice a pair of black riding boots reversed in the stirrups.  This represents the fallen leader looking back upon his troops for a final time on that final trip to the grave.
~ Joy
Posted by Joy Neighbors at 10:46 AM 5 comments: