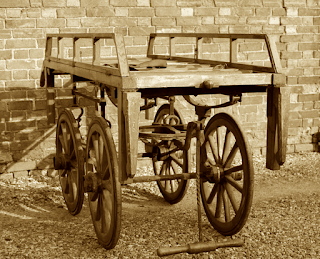 Hearses have been used to carry bodies for centuries, but not necessarily the type of hearse you may be thinking of. Our first hearses were hand-carried wooden or metal frames that the coffin was placed in and carried to the grave.Then came rolling carts for easier transportation over a distance. 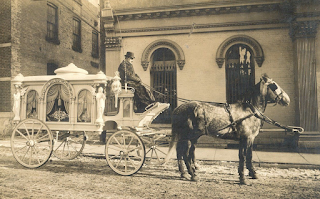 In the 19th century came horse-drawn hearses, which were used until the early 20th century. Horse-drawn carriages are still used today for pomp and circumstance when royalty or famous people die. 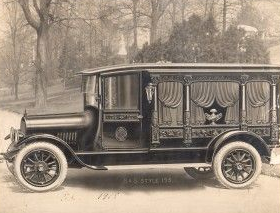 With the invention of the automobile came the motorized hearse – a vehicle that could transport the deceased to the cemetery in style. But there are several other modes of transportation used to transport the body of the deceased. 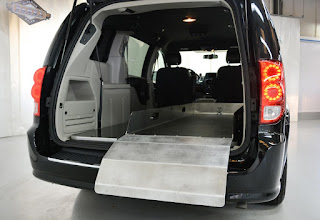 When someone dies, a “first call vehicle” is sent out to collect the body and deliver it to a funeral home. Many times, the funeral home has a basic van for this purpose. In larger cities, there are companies that operate first call vehicles for delivery to funeral homes thereby saving the hearse for the actual trip to the cemetery. 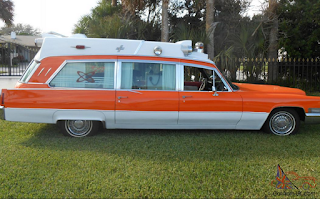 There was also a combination car, which operated as an ambulance and a hearse. (Think Ghostbusters.) These combos were popular mid-century but fell out of favor by the end of the 1970s when vehicles were downsized to compact cars. 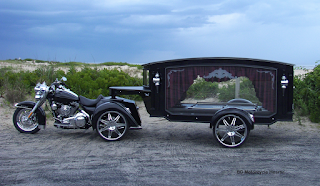 Motorcycle hearses may be equipped with a specialized sidecar to carry the casket, or in a tricycle formation so the casket rides behind the bike. 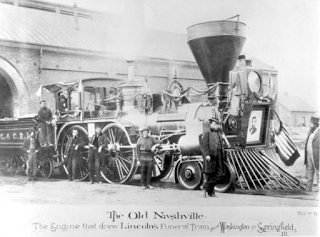 Rail cars have been used for transporting the deceased across the country to their final resting places. (Remember Lincoln’s funeral train?) During the 19th century, the City of Chicago had three trolley car that carried the dead on the elevated trains to cemeteries outside of town.

Modern hearses have an elegant look with padded interiors and a sleek design. In the U.S, we use luxury cars for the base of the hearse: mainly Cadillac, Lincoln and Mercedes. 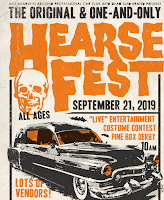 Hearses are also popular as collector cars and numerous hearse clubs throughout the U.S. hold shows and rallies each year. (Not sure what the plans are for this year with Covid. Check with the festival or rally before you head out.)

The National Museum of Funeral History in Houston Texas has a collection of rare historical funeral vehicles. Check out the video on their website showing a small part of their collection.

Regardless of how you feel about hearses, it will most likely be your ride to that final destination.
~ Joy