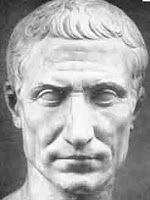 Today is the ‘Ides of March’ and that seems the perfect time to cover grave superstitions.  A soothsayer, who knew what he was talking about, gave the warning “Beware the Ides of March” to Julius Caesar. Caesar was stabbed 23 times on March 15th, 44 B.C. by 60 senators – including his best friend, Marcus Julius Brutus, (“Et tu Brute?” –Thank you William Shakespeare.)
Superstitions are actually beliefs we hold without any true or rational basis, beliefs that may be exaggerated or simply false. Superstitions exist for all aspects of life – love, luck, weddings, pregnancy, money, theatre, weather, and, of course, death.  They are passed on from person to person, generation to generation. Call them old wives tales, folklore or prophecy, superstitions foretell or fore sway future events. Growing up in Indiana, I learned my fair share of ‘tall tales.’  My grandmother, Ethyl Dellinger, passed on many family superstitions to me.  Some that I remember that had to do with death include:
Never county the number of cars in a funeral procession.
(I was a notorious counter.) 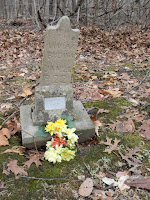 Never point at a funeral procession, its bad luck.
Never take flowers from a grave.
If you spill salt, immediately throw some over your left shoulder to keep the Devil at bay.
An owl hooting outside of your window for three nights in a row foretells a death – yours of someone close to you.
Here are some other death superstitions you may have heard.
Death superstitions involving nature: 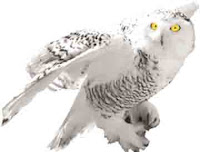 Flowers will grow on the grave of someone who lived a good line.  Only weeds grow on the grave of someone who was evil.
If a bird flies into your window, there has been a death.
If you see an owl during the day, there will be a death close to you.
An owl hooting outside of your window for three nights in a row foretells a death, yours of someone close to you.
If lightening strikes near the house when someone is dying, the devil has come for their soul.
If it rains in an open grave, it’s bad luck for the family.
If there is a thunderstorm during a funeral, the deceased has gone to hell.
If there is thunder following a burial then the deceased has reached heaven.
Physical death superstitions:
Hold your breath when passing a graveyard so evil can’t enter. 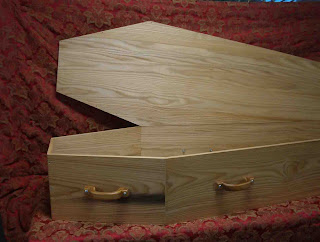 Another version is:  If you don’t hold your breath when passing a cemetery, you will not be buried.
If you have an involuntary shiver, someone has just walked over your grave.
If you cast a headless shadow then you will die in the next year.
If you lie down in a coffin you are taunting death to come and take you.
Never whistle in a graveyard, you are summoning the Devil.
Never wear anything new to a funeral.  (Shoes seem to have particular significance.)
Coins should be placed on the eyes of the deceased to pay the ferryman, Charon, to row the departed across the underworld river Styx.
Death superstitions in your home: 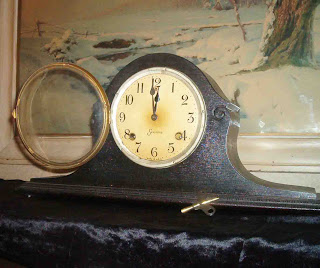 Howling dogs in the night signify that someone ill in the house will die soon.
If a picture suddenly falls off of the wall, someone you know has died.
You should stop all clocks in the house where someone dies or it will bring bad luck.
Open a window in the room when someone dies so that they can move on.
Cover all mirrors after a death – so that the soul doesn’t get trapped in them.
A casket must be carried out with the deceased’s feet first.
Death and the number 3:

If you hear three knocks and no one is there, someone close to you has died.
If only 3 candles are lit in a room, the person closest to the shortest candle will be the first to die.
Death comes in threes.
Death superstitions about the graveyard: 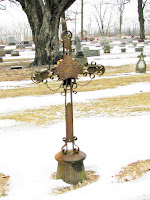 A metal cross on a grave will hold the spirit there.
A body should be placed in the grave with its head to the west and feet to the east so that when it rises up it will face the sun.
Never remove anything from a gravesite.
It is bad luck to walk on graves. 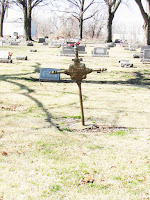 It is bad luck to trip when you’re in a cemetery.
Being buried on the north side of the church is considered unlucky because of the lack of sun.   That area is usually reserved for criminals and suicides.
It is bad luck to go into a cemetery at night, or to be there at the stroke of midnight. 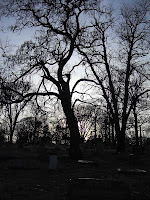 And I just have to mention – Grave Superstitions is my 13th blog post for A Grave Interest.  (Wish me luck while I search for that rabbit’s foot…… ; )
~ Joy
Posted by Joy Neighbors at 7:00 AM