Remembering Fathers in the Cemetery


This Sunday is Father’s Day, a day which is celebrated on the third Sunday of June each year in the United States.  Sonora Smart Dodd thought of the idea of having a special day to honor fathers in 1909.
Sonora’s father, William Smart, was a widower whose wife died while giving birth to their sixth child.  He raised all six children by himself.  Sonora felt that all fathers should be honored for their selfless actions with a special day.  She chose June because that was the month of her father’s birth.  The first official Father’s Day celebration was held on June 19th, 1910 in Spokane, Washington.

A bill to gain national attention for the holiday was introduced in Congress in 1913.  In 1924, President Calvin Coolidge publicly backed the idea, but stopped short of issuing a national proclamation.  It was 1966 when President Lyndon Johnson signed a presidential proclamation honoring fathers by declaring the 3rd Sunday of June as Father’s Day.    President Richard Nixon made it a permanent national holiday by signing it into law in 1972. 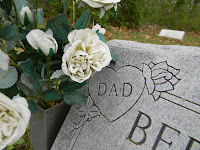 A day to celebrate fathers is held in over 50 countries around the world, usually in May, June or the early autumn.  Some Catholic countries celebrate it on the Feast of St. Joseph.  The flower symbolic of Father’s Day, is the rose.  Red is to be worn for a living father and white for a father who has passed on. 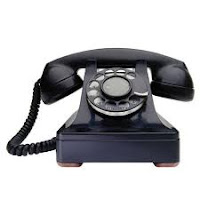 Statistics show that Father’s Day is the fifth most popular holiday for the sending of cards.  It is estimated that $95 million is spent on cards each year.  This includes cards not just for fathers, but grandfathers, uncles, sons and son-in-laws.  And although more direct phone calls are made on Mother’s Day, more collect calls occur on Father’s Day.
There are many quotes about fathers including: 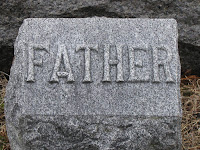 "It doesn't matter who my father was; it matters who I remember he was." -- Anne Sexton
"I cannot think of any need in childhood as strong as the need for a father's protection." -- Sigmund Freud
"If the new American father feels bewildered and even defeated, let him take comfort from the fact that whatever he does in
any fathering situation has a fifty percent chance of being right."
-- Bill Cosby 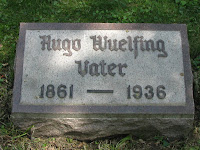 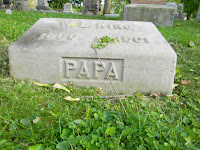 In cemeteries too, fathers are remembered and honored in many ways and by various names.  A father who acted as teacher, disciplinarian, protector and friend is one to be honored and remembered. 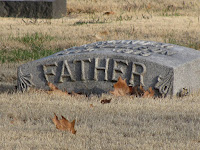 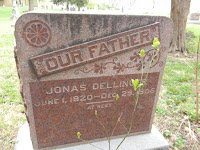 Miss me, but let me go
When I come to the end of the road
And the sun has set for me
I want no rites in a gloom filled room
Why cry for a soul set free
Miss me a little - but not too long
And not with your head bowed low
Remember the love that we once shared
Miss me - but let me go
For this is a journey that we must all take
And each must go alone
It's all a part of the Master's plan
A step on the road home
When you are lonely, and sick of heart
Go to the friends we know
And bury your sorrows in doing good deeds
Miss me - but let me go
~ Anonymous 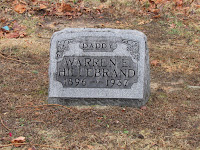 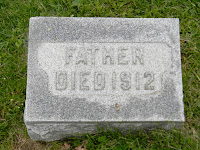 Death is nothing at all
I have only slipped away into the next room
I am I, and you are you.
Whatever we were to each other
That we still are.
Call me by my old familiar name
Speak to me in the easy way which you always used
Wear no forced air of solemnity or sorrow.
Laugh as we always laughed at the little jokes
We enjoyed together.
Play, smile, think of me, pray for me,
Let my name be ever the household word that
It always was.
Let it be spoken without effort,
Without the trace of a shadow on it.
Life means all that it ever meant
It is the same as it ever was
There is absolutely unbroken continuity.
Why should I be out of mind because I am
Out of sight? I am but waiting for you
For an interval
Somewhere very near
Just around the corner .
All is well.
~ Canon Henry Scott Holland (1847-1918)
Happy Father’s Day!
~ Joy
Posted by Joy Neighbors at 11:03 AM