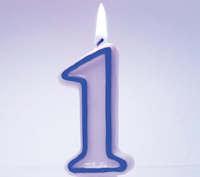 “An anniversary is a day that commemorates or celebrates a past event that occurred on the same day of the year as the initial event.”
- Wikipedia

Next Wednesday, February 1st, will be the first anniversary of A Grave Interest.   The year has gone by quickly, but it’s been a lot of fun! I have enjoyed all that ‘cemetery time,’ strolling through the large city cemeteries, the small, country churchyards, the hilly, landscaped Victorian burial grounds, and the flat, wind-swept prairie graveyards.


There’s always a special ‘something’ just over the next hill, or around the bend.  I never get enough and always wonder what I missed when I leave. (It’s like going to a museum with limited time and not getting to see all of the exhibits! ; )  So much to see, so much to do, and never enough time…

When I told my husband, Brian, that I was starting a cemetery blog last year, he wondered if I’d find enough to write about for an entire year.  Not only for a year…I could do this forever : D  But I often wonder what post touched you, the reader?  What did you enjoy? What made you think?  What did you find out that you didn’t know?  So many people have shared comments with me on Blogger, Facebook, in person, at conferences, and by email.  That has helped me to keep adjusting and researching what you’d like to see.  And, thanks to Blogger, I can go back and review the past year to see what posts received the most views.

The most famous post this past year was about the Different Types of Crosses in the cemetery.  And there are many types, including Latin crosses, I H S crosses, Celtic crosses, Fleur-de-lis crosses, Crucifixes... the list goes on!  Since this subject has been so popular, I will have a new post about crosses on Friday, April 6th, just in time for Easter.

The Burial Customs of Different Religions was also very popular.  After the sea burial of Osama bin Laden and the controversary surrounding it, I wanted to understand how different religions viewed burial.  I came away with a much better understanding of what burial means to different religions and why. Hopefully, I conveyed that to all of you.

I’ve written over eighty posts, so we won’t go into all of them right now ; ) but others that really caught your attention were about Angels in the Cemetery, Woodmen of the World, Graveyard Superstitions, along with the series in October on ‘Hauntings’, and posts on famous people.

I love to know where readers are located, so I scan the audience page of A Grave Interest to get a feel for where you are.  Folks from the United States, the United Kingdom and Canada are all strong followers. (Thank You!!) But I am thrilled to see residents of Australia, India and Germany read regularly too!  (And, as I keep telling my husband  - I am big in Slovenia, thank you very much!!)  I love to see that many friends from Spain keeping up – (Ah, for a bottle of Cava and a chance to sit down and chat!)

In July, I had to take AGI down to posting once a week, on Fridays, instead of the twice a week (Tuesday and Friday) posting that I had started the blog with.  Due to a new job, and a part-time change of residence to a different state, it was necessary.  I’m hopeful I can regain my twice a week posting later this year!

I started a new monthly series “Cemeteries Worth the Visit” in May.  This special post is done on the first Tuesday of the month and features a look at one cemetery.  It goes in depth about the history, famous and notable people, architecture and interesting stones.  I’ve dealt with some wonderful and helpful folks at theses cemeteries and appreciate their time and information.

I’ve also met some wonderful ‘Tombstone Tourists’  in the field and online.  Even when we don’t all speak the same language, the inspiration and beauty of the cemeteries with their sculpture, architecture, and history binds us all together with the passion we share for these gorgeous places.

And now I have another year of posts planned out.  OK - it doesn’t always go as planned, but at least I have a direction to start in, and an idea where to head for when I’m ready to go out to shoot, and research.  2012 will include information on green funerals,  faces on tombstones, the history of white bronze headstones, an in-depth look at cemetery vandalism, several famous people, and the October ‘Haunted’ series returns.  (And that’s just a few!)

If there’s a subject you’d like to see covered, please let me know.  You are the reason this is so much fun!  I absolutely love doing the research, taking the photos, and sharing it all with you.  Keep the comments, and the sharing of thoughts coming.


Thanks also to my husband Brian, (and our cemetery side-kick, Evie,) for making the entire journey so much fun! (And, yes, for being able to read a map MUCH better than me! ; )

Now, let’s have some cake and ice cream and get ready for another year!