It has been one week since the mass murder of 20 children and six adults in Newtown, Connecticut.  Although this is not the original topic I had planned for the Friday before Christmas, I believe it is one we need to take a closer look at – because mass killings are becoming all too frequent in the U.S.

Children have always been the easiest to succumb among us.  Throughout history, diseases have claimed countless lives – especial those of children.  In the 1600’s, it was small pox and the Plague.  Add measles and scarlatina to the mix during the 1700’s.  By the 1800’s, typhus and cholera were two more deadly diseases taking countless lives.  With the 20th century came the influenza pandemic where 50 million people died, worldwide.

However, with the dawning of the 20th century, we were able to put health issues to the forefront and began developing treatments and cures for those childhood diseases.  We began a plan of treatment, inoculations, and the eradication of those deadly diseases.  We stepped up to protect our children – as best we could.  But by the end of the twentieth century, new threats had overtaken us. 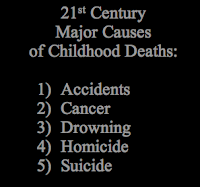 Now, the top five major causes of childhood deaths, ages 1 – 20, are accidents, cancer, drowning, homicide, and suicide. It is stunning and shameful that homicide is even on the list of five major causes of death for children in the 21st century.  But it is - the child murderer exists.

There are three well-known types of mass killers in our world today; the serial killer is defined as someone who commits a number of murders over a period of time.  The spree killer is one who murders two or more people in various locations.  The mass murderer kills several people in a single event, like last Friday’s school shootings. 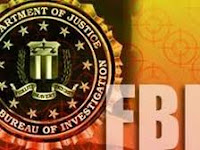 FBI stats show that from 1980 to 2008, 4,685 people died in 965 mass murders in the United States.  The FBI classifies a mass murderer is someone “who kills four or more people in a single incident, not counting himself, in a single location.”

Between 2006 and 2008 alone, the U.S. averaged 163 incidents of people killed in clusters of four or more – mass murder.  Mass murders have occurred in school, shopping malls, restaurants, places of worship, work places, government buildings, and military bases in the United States. 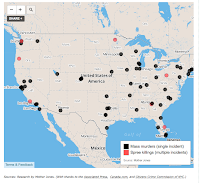 Of the over 900 mass murders that have happened since 1980, only two, at Westside Middle School (1998) and Columbine High School (1999) - were carried out by more than one shooter.  Two shooters each, were involved in those two school killings. 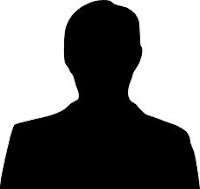 The “typical” mass murderer is a white male with an average age of 35.  (Out of the 62 people who committed mass murder, from 1980 to last Friday - only one has been a woman.) Almost all were loners. Over half of them committed suicide at the scene.

Reports indicate that the majority of mass murderers within the past 30 years in this country had mental health issues – most had problems with rampage violence.  Reports indicate that the murderer was seeking revenge for some perceived shame, only he knew or imagined. Many killers were reported to have been delusional, pathological, paranoid, psychotic. Some were diagnosed as schizophrenic. Experts say the mass murder externalizes his blame – punishing others for his own faults. The victims may or may not be deliberately chosen. 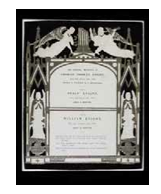 The horrendous realization is when you consider that most mass murders are well-planned executions.  These events have been prepared for – in detail.  These killers are not the victims - they are ruthless murderers without empathy, conscious, or an understanding of reality that is needed to live and function in our society.  The true victims are those who are killed.

According to James L. Knoll, in the Journal of American Academy of Psychiatry and the Law, March 2010, “The pseudo-commando is a type of mass murderer who kills in public during the daytime, plans his offense well in advance, and comes prepared with a powerful arsenal of weapons. He has no escape planned and expects to be killed during the incident. Research suggests that the pseudo-commando is driven by strong feelings of anger and resentment, flowing from beliefs about being persecuted or grossly mistreated. He views himself as carrying out a highly personal agenda of payback.” 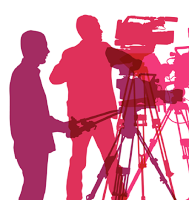 Adding to this crisis is the media – by not dealing with mass murder in a responsible manner.  Clear, concise, and accurate reporting seems to go by the wayside when a sensational and dramatic news story occurs.  News now takes on more of a reality show format; get the names, get the sound bites, get the money shots.

Last Friday, media organizations across the country had to recant their information as just plain wrong. When the Newtown Police Department issued a statement that it would not release the name of the gunman, or information on the shooting until it was verified, the media was not patient.  There were ratings to consider – another media outlet to scoop…  All in all – it’s no longer about the necessary information to keep us safe and informed; it’s about the rating numbers, the sensationalism, the number of viewers watching that equals the amount of money made.

When did we, (How did we…) become a society that accepts a media that can’t wait to release the name of the mass murderer, show his picture, and give him fame?

New York Times columnist, David Brookes said last Friday that he felt the media should not identify the gunman.  I agree. Stop making these mass murders ‘famous.’  That is, after all, what they wanted, to be infamous, to go down in history having “settled their score.”  Do not release their names, their photos, information about their childhoods, or family stories. Mourn those who should not have died – do not give credence to the murderer for taking those lives.

Regarding the media's coverage of such events, Charlie Brooker of the BBC’s Newsswipe summed it up well:
“If you don’t want to propagate more mass murders, don’t start the story with sirens blaring. Don’t have photographs of the killer. Don’t make this 24-7 coverage. Do everything you can to not make the body count the lead story, not to make the killer some kind of anti-hero. DO localize the story to the affected community and make it as boring as possible in every other market.” 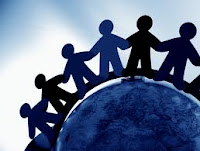 As a country, we should not; we cannot tolerate these acts of senseless violence any longer.  We need to come together and start looking for answers, for our children, our families, ourselves…