This year celebrates the 100th anniversary of women being granted the right to vote. During the year, we will explore the lives and deaths of some of the more well known women in American history.
By Joy Neighbors

It was summer in England in 1911 when Juliette Gordon Low joined the Girl Guide movement. The group was based loosely on British general Robert Baden-Powell’s Boy Scout troupes. At the time, the Boy Scouts had more than 40,000 members in England and the U.S. Later that year, Low organized a girls group in Scotland in a similar vein and called it the Girl Guides Patrol. Members were taught how to spin wool, care for livestock, and read a map. Girls also learned how to do drills and how to set up a camp. By the end of the year, Low had formed two more groups in England. 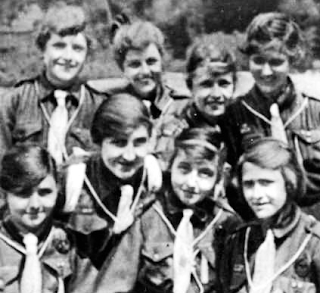 When Low returned to the United States in 1912, she decided to form a U.S. Girl Guide troupe in Savannah, Georgia. With 18 members, she searched for ways to teach girls practical skills and independence. Low felt this would be an organization that would help girls build character and self-reliance.

There was competition in the form of the Campfire Girls. When Low invited the group to merge with her own, the leader, James E. West refused citing the Girl Scouts were teaching females to do gender-inappropriate things.

In 1913, the Girl Guides became the Girl Scouts. In 1915, official paperwork was filed and the name legally became Girl Scouts, Inc. Low served as the first president to a group of more than 2,400 girls. 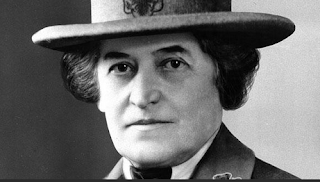 By 1920, Low had stepped down as president of the Girl Scouts so she could continue working to get the group worldwide status. Low worked tirelessly to make the Girl Scouts an organization that promoted a girl’s self image and gave her the skills necessary to succeed in life.

In 1923, Low was diagnosed with breast cancer but kept it a secret. She tried numerous treatments and had several operations but all were unsuccessful. 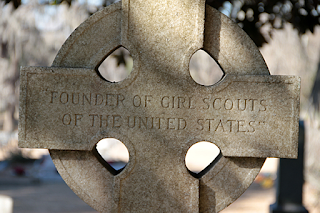 Juliette Gordon Low died on January 17, 1927 in Savannah from the final stages of breast cancer. She was 66-years-old. Her casket was escorted to the church and graveyard by an honor guard of Girl Scouts. She was buried in her Girl Scout uniform with a note tucked into her pocket that read, “You are not only the first Girl Scout, but the best Girl Scout of them all.”

In 1979, Juliette Gordon Low was inducted into the National Women’s Hall of Fame. 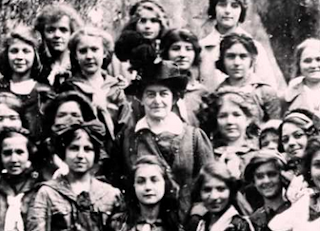 On May 29, 2012, the 100th anniversary of the founding of the Girl Scouts, Low was honored with the Presidential Medal of Freedom by President Barack Obama for her “remarkable vision.” The medal also celebrates “her dedication to empowering girls everywhere.”

Peak membership in the Girl Scouts was recorded at 3.8 million in 2003. Today the number is roughly 2.6 million.