The Role of the Pallbearer 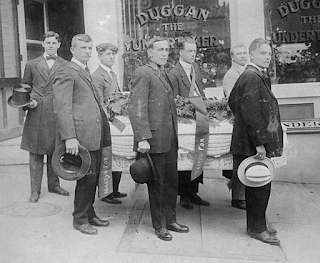 Pallbearers have carried the coffin at funerals for centuries. The term “pallbearer” is derived from the heavy white cloth (the pall) that at one time covered all caskets. The pall may be ornate or very plain. It is part of the religious ceremony in Roman Catholic and Lutheran funeral services representing death and rebirth of the spirit.

For a military funeral, the American flag is used as the pall. It is placed on the casket as soon as it enters the church and removed just before being lowered into the ground.

As the funeral ceremony became more simplified, the term “pallbearer” came to describe someone who carries the casket to its burial location.

Today, pallbearers are selected by the family to oversee the casket at the funeral. It is an honor to be asked and indicates that you were regarded highly by the deceased, and their family for they are trusting you to carry their loved one to the final resting place. 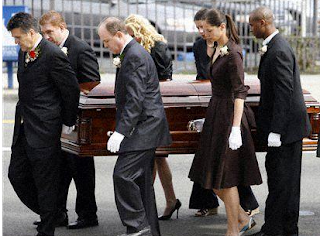 Pallbearers may be close relatives, friends, neighbors, co-workers, business associates and church members. And yes, women can act as pallbearers. Where it was once frowned upon to select a woman due to concerns about her emotions “getting the better of her,” today women are asked and accept these duties. 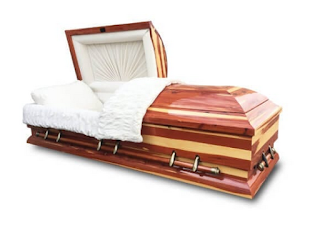 There are usually six to eight people who act as pallbearers depending on the size and weight of the casket, which is dictated by the number of handles on each side. (For a child’s casket, there may only be four handles.) A typical casket can weight from 200 to 400 pounds. 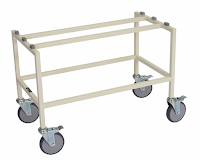 Each pallbearer should have ability to assist in lifting and carrying the casket over uneven ground in the cemetery. Some funeral homes provide a bier with wheels that pallbearers assist in rolling. 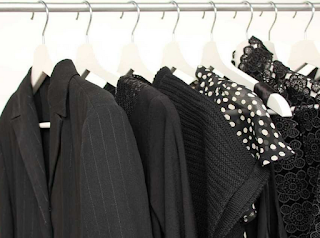 A pallbearer should dress in conservative and respectful attire, and will be given white gloves to wear during the procession. However, the family may request pallbearers wear their loved one’s favorite color or something that has been designated as a tribute to the deceased.  Pallbearers should be able to keep emotions in check during this time. 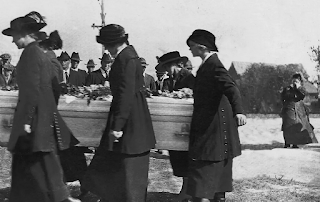 duties before the ceremony begins. Remember, it is an honor to be selected. If you are not sure you can keep your emotions under control, let the family know. They will appreciate your candidness.