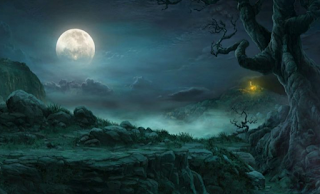 It's the most wonderful time of the year ... Welcome to October! This month, we'll explore the odd events, and bizarre findings that make our world wonderfully spooky and weird.

It all began in 1848 in Hydesville, New York when the Fox sisters claimed to be able to communicate with the spirits through rappings. Only years later did one of the sisters confess to a large audience that it had all be a hoax; the girls had the sounds by manipulating their joints.

Spiritualism and spirit photography became popular after the Civil War, thanks, in part, to First Lady Mary Todd Lincoln. Mary had lost two sons, Willie at age eleven, and Eddy at the age of four. When a group of mediums known as the Lauries approached her, Mary began attending seances in Georgetown. She got so much from them that she held more than half a dozen seances in the Red Room of the White House.

These “visits” from her dead sons offered her solace, and a means to go on. When her husband, President Abraham Lincoln was assassinated, Mary began “talking” with him, too. Other bereft families throughout the country were also seeking to communicate with their lost loved ones. In fact, by 1897, more than eight million Americans believed in spiritualism. And spirit photography helped make the metaphysical seem real. 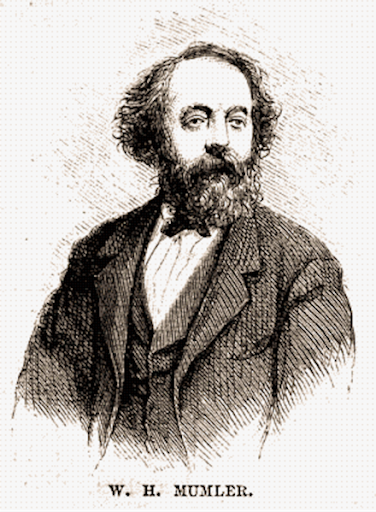 One of the better-known U.S. spirit photographers was William Mumler of Boston. He is the person who took the photo of Mary Lincoln with the “ghost” of Abraham leaning over her. Mumler left Boston after being accused of faking his photos by double exposing the photographic plates. He moved to New York where he was put on trial for the same charge in 1868. Mumler was acquitted due to lack of evidence, but this ended his spirited career.

In typical spirit photos, faces and heads appeared hovering over the shoulder or head of the living subject. These faces usually had a connection to the living – a husband, wife, parent, sibling or child who had passed on. Most were said to be created by double exposure, or having an accomplice step from behind the curtain as a subject sat for a portrait, thereby imposing the image of another person on the plate.

In 1888, Maggie Fox appeared at the New York Academy of Music and confessed before a large audience that she and her sisters had created the mystical rappings by manipulating their toe joints and knuckles. She proceeded to remove her shoes and show the audience how she could  "rap her toes." One year later, she recanted, but the damage had been done. By the close of the century, spiritualism was losing its bewildering hold.

World War One brought a resurgence of spiritualism and ghost photos. Again, the nation attempted to reach beyond the veil to communicate with lost husbands, fathers, and brothers who had perished during the Great War. In 1916, Arthur Conan Doyle, creator of Sherlock Holmes, attested to the legitimacy of ghosts in his book, The Case of Spirit Photography.

But magician Harry Houdini wound up on the other side of the pall. Houdini had attended seances to contact his dead mother, but soon realized that the mediums were fakes. He then wrote a book, A Magician Among the Spirits, which detailed how mediums created their illusions.

The most famous ghost photograph was taken in 1936 at Raynham Hall in Norfolk England. In it, the Brown Lady can be seen descending the manor staircase. Supposedly, this is the ghost of Lady Dorothy Walpole (1686-1726) whose husband locked her in her room after discovering an alleged affair with Lord Warton. She died there of smallpox in 1726.

Her ghost was first seen during the Holiday celebrations in 1835. The ghost was sighted again in 1926, and photographed in 1936. Charges of fraud were quickly issued, and ranged from double exposure to rubbing grease on the camera lens in the shape of a figure. No resolution was ever reached.

Today, spirit photographers say it is hard to be taken seriously with the hoaxes of the past. When they photograph orbs, many claim it's backscatter caused by the reflection of particles or waves sent back in the direction they came from. But others claim these orbs indicate the presence of spirits, and life from the beyond.

Regardless of whether you believe in the presence of spirits, and the ability to visually capture them, there are numerous photographs that have been taken over the decades that defy explanation; the Brown Lady being one of them. Also questionable is this photo of the Lady in White in Bachelors Grove Cemetery in Chicago.

Can a spirit’s presence be visually captured? 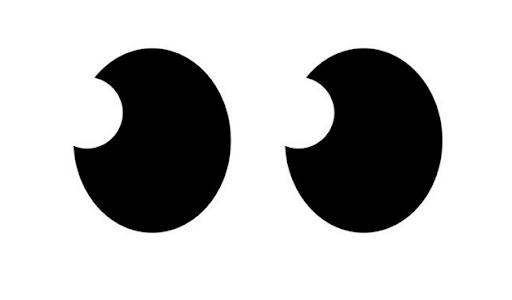 It remains in the eye of the beholder.