Funeral home records, also known as mortuary records, are yet another overlooked resource for the genealogy researcher.  These records contain the same basic information about the deceased as the death certificate, but with more detailed family information, a copy of the obituary, possible insurance data, and financial records involving the costs relating to the funeral and burial.   Mortuary records can also assist you in locating the cemetery and the burial records held there. 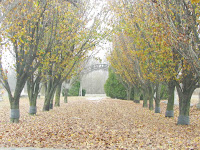 Funeral home records began to be kept during the late nineteenth and early twentieth centuries.  Before that the church was the repository for death records.  Funerals, wakes or remembrance events would have taken place at the home of the deceased or the village church.  Cities are more likely to have funeral home records for the late 1800’s, as rural residents continued the practice of burying their own without formal assistance until a few decades into the 20th century.
Mortuary records are considered to be private records.  These records belong to the funeral home and do not have to be made available to the public.  If you have a copy of the death certificate, it should list the name of the funeral home that handled the arrangements.  If you do not know the name, the American Blue Book of Funeral Directors may be helpful.  If you are planning to research funeral home records at the mortuary, start by contacting the funeral home to make sure the records are still in that location. 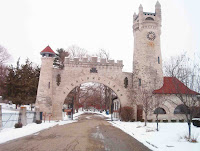 Schedule an appointment at the funeral home and let them know whose records you would like to review, dates of deaths and any other information they may need to locate the files.  If a funeral home is no longer in business, check with other mortuaries in the area to see if the records were transferred.  If not, visit the local or county genealogical or historical libraries and societies to see if the records have been moved there or if someone knows what became of them.  Many times when a funeral home closed, the director took the records home for safe keeping.
When we explored death certificates and death records on Tuesday, I failed to mention that the funeral director is the person responsible for getting this certificate filled out and filed.  He or she is the person who will talk with the informant of the deceased in order to gather the required data for the certificate.  The funeral director is also the person who writes and places the obituaries with the media.  Parts of an obit may include a listing of surviving relatives consisting of the spouse, children by name and their spouses, grandchildren and their spouses and great-grandchildren, along with siblings. Those who have already passed may also be mentioned. The deceased’s age, address, occupation, religious affiliation, military service, memberships, education, accomplishments and hobbies may also be written up in an obit.  Those residents with more community prominence will usually have obits that contain more information.  Details regarding the funeral service, where it is being held and the burial location are also included in an obit.
Another genealogical resource associated with mortuary records is memorial cards.  Also known as prayer cards, funeral cards and holy cards, they contain information about the funeral service and burial, including the deceased’s name, birth and death dates, location of services, clergy, pallbearers, music, location of burial and usually a poem or prayer.  Memorial cards are given out at visitations, wakes and funerals.  They may also be sent after the fact to those who did not attend.   Be sure to check family bibles, photo albums and scrapbooks for them.
Next Tuesday is the Ides of March and we’ll take a look at some of the superstitions that surround death.  Please let me know of any superstitions you were taught or remember.
~ Joy
Posted by Joy Neighbors at 7:00 AM